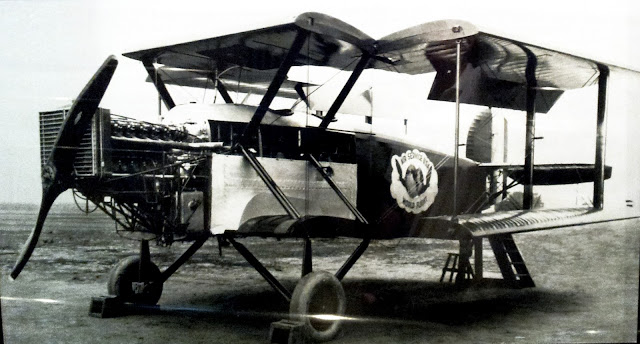 built in 1924, Santa Monica. It put the world on notice that the best airplanes were being built in America, after running 2nd the the European pioneers in aviation 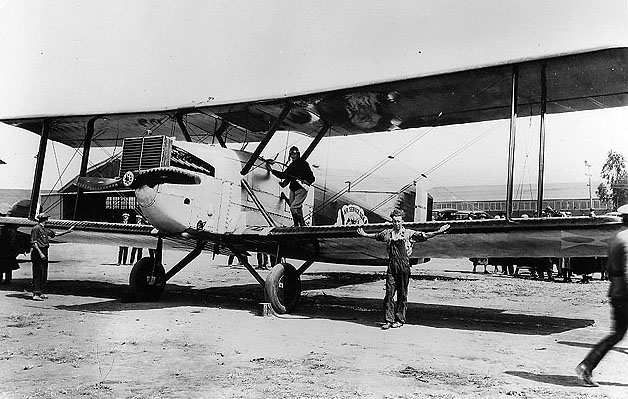 In 1923, the U.S. Army Air Service was interested in pursuing a mission to be the first to circumnavigate the earth by aircraft, a program called "World Flight".

Donald Douglas proposed a modified two-place, open cockpit DT biplane torpedo bomber from Douglas Aircraft Company to meet the Army's needs...  previously supplied to the Navy, thus shortening production time, the DTs to be modified were taken from the assembly lines at the company's manufacturing plants in Illinois and Ohio.

Douglas promised that the design could be completed within 45 days after receiving a contract. 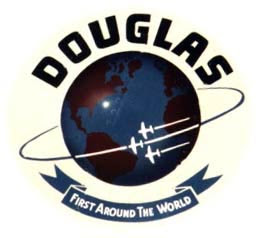 The modified aircraft known as the Douglas World Cruiser (DWC), powered by a 420 hp Liberty L-12 engine, also was the first major project for Jack Northrop who designed the fuel system for the series. The conversion involved incorporating a total of six fuel tanks in wings and fuselage for greater range, the total fuel capacity went from 115 gallons to 644 gallons. Other changes from the DT involved having increased cooling capacity, as well as adding two separate tanks for oil and water.

On 6 April 1924, the four expedition aircraft, named Boston, Chicago, New Orleans and Seattle, departed Seattle, Washington. West across Asia and Europe relying on a carefully planned logistics system, including prepositioned spare engines and fuel caches maintained by the U.S. Navy and Coast Guard, to keep the aircraft flying. The aircraft continued across the Atlantic to North America, back to Washington and on the World Flight's ceremonial flypast across the United States,  returning to Seattle on 28 September 1924

Eddie Rickenbacker, the celebrated flying ace and chair of the welcoming committee, formally requested that the Chicago, as the mission flagship, to remain in its host city, donated to the Field Museum of Natural History.
Upon the request of the Smithsonian Institution, however, the U.S. War Department transferred ownership of the Chicago to the national museum.

Beginning in 1957, the New Orleans was displayed at the National Museum of the United States Air Force in Dayton, Ohio. The aircraft was on loan from the Los Angeles County Museum of Natural History and was returned in 2005.

Since February 2012, the New Orleans is to be a part of the exhibits at the Museum of Flying, Santa Monica, California.
http://en.wikipedia.org/wiki/Douglas_World_Cruiser