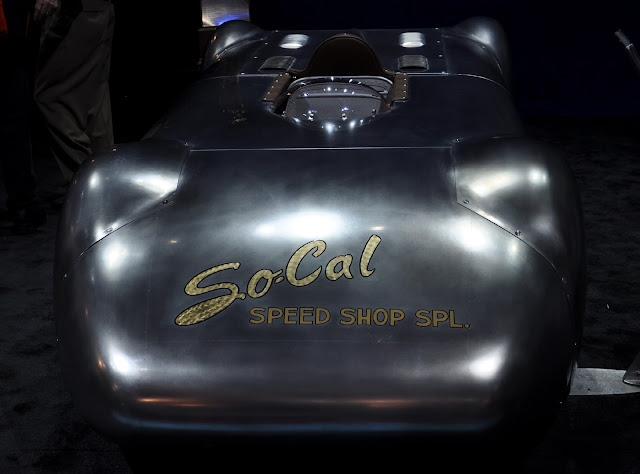 Here is a bit of hot rod history, reborn. This just gets more astonishing, because the original was destroyed in a racing accident, and this recreation is another dead on perfect remake from Dan Webb http://webbautomotiveart.com/... he remade the Golden Submarine of Barney Oldfield http://justacarguy.blogspot.com/2010/12/unusual-things-that-cought-my-attention.html, and the Phil Remington Mod ! 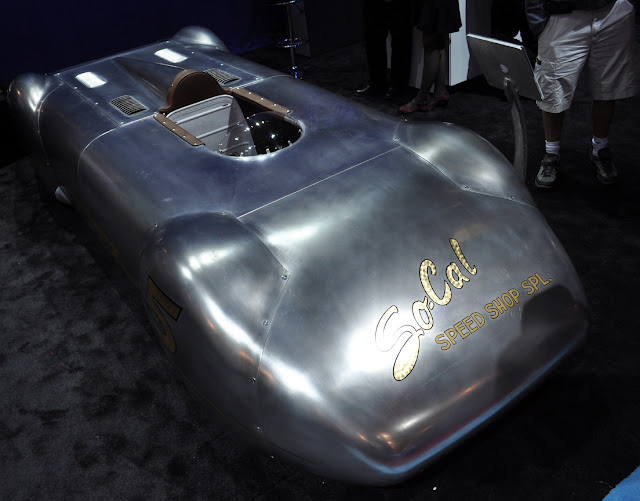 The original SoCal Streamliner was destroyed in a bad crash at Daytona in 1951.

After a successful Bonneville and regular S.C.T.A. season where Xydias/Batchelor came 2nd in the points championship. The streamliner was repaired and the front end changed it was repainted white with the 2 painted on the front wheelcovers. At the May 1950 S.C.T.A. meet the repaired streamliner ran strong on Saturday with a 152.28 qualifying run. Come Sunday Dean was backing up with his return run, there was a strong crosswind which he was steering into to keep straight. When the wind died the streamliner veered right putting the car sideways, it skidded, the tires dug in, went up on the 2 left side wheels and the car flipped and miraculously landing back on its wheels the belly pan had flown off and Dean was knocked unconscious after he smacked the steering wheel with his head. Dean never raced again after that accident. 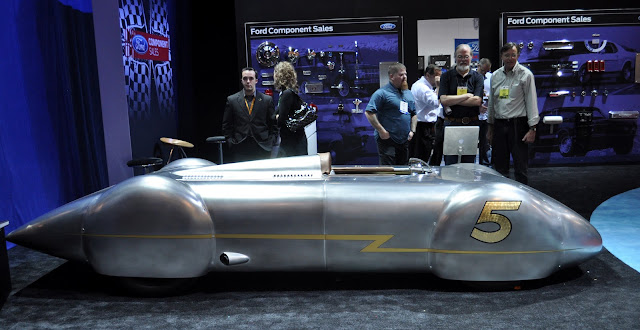 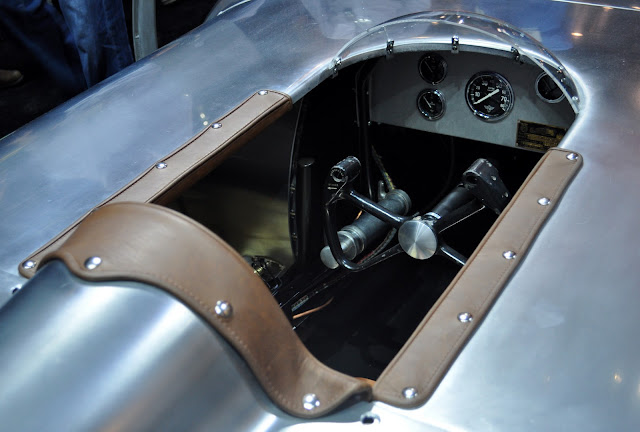 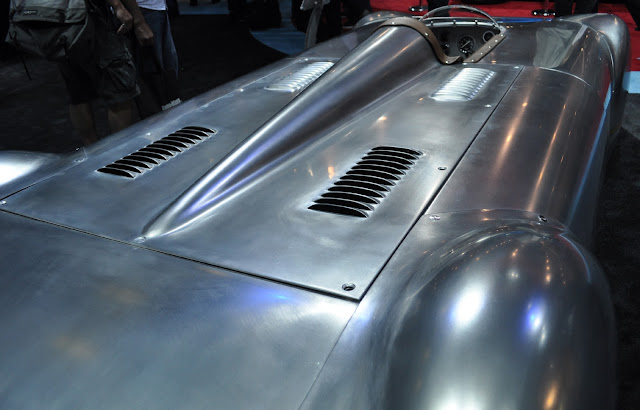 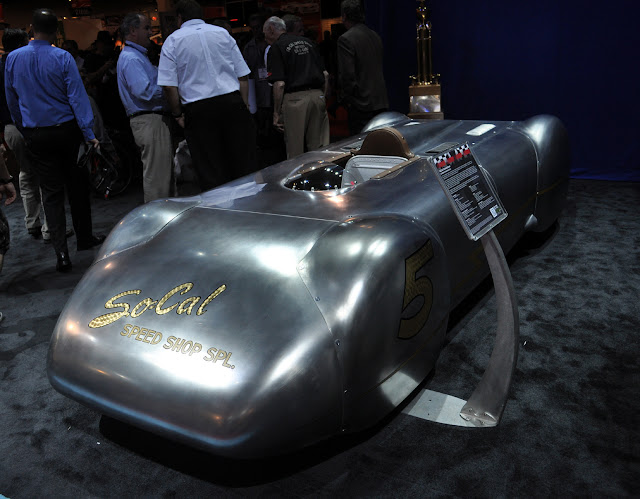 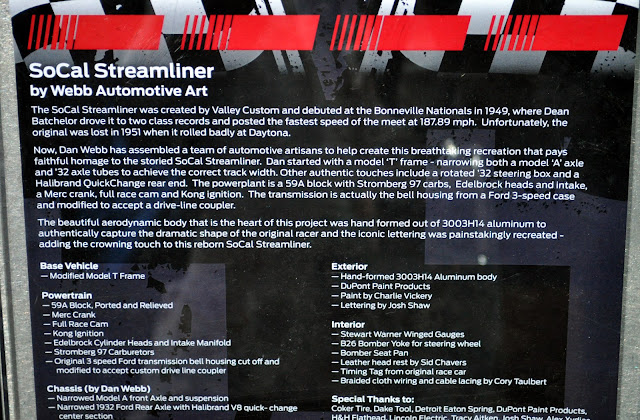 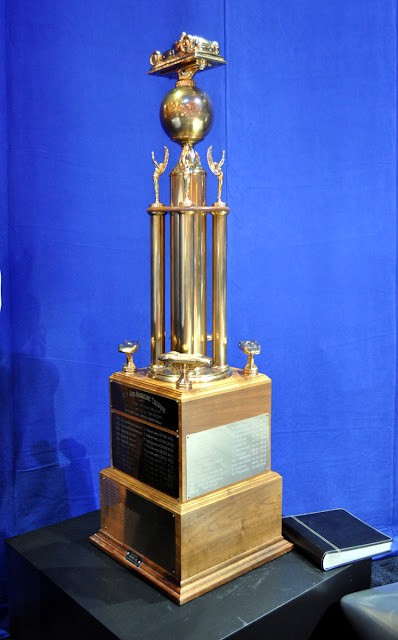 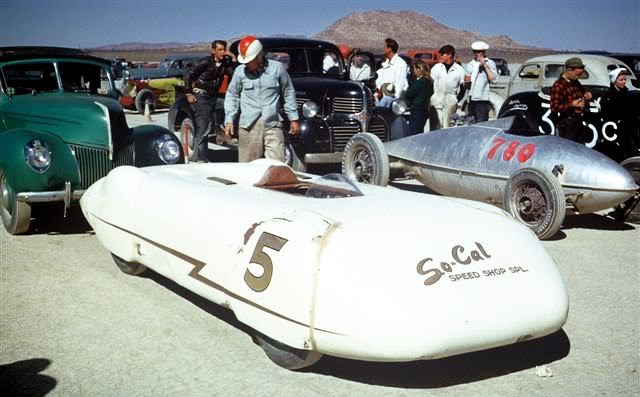 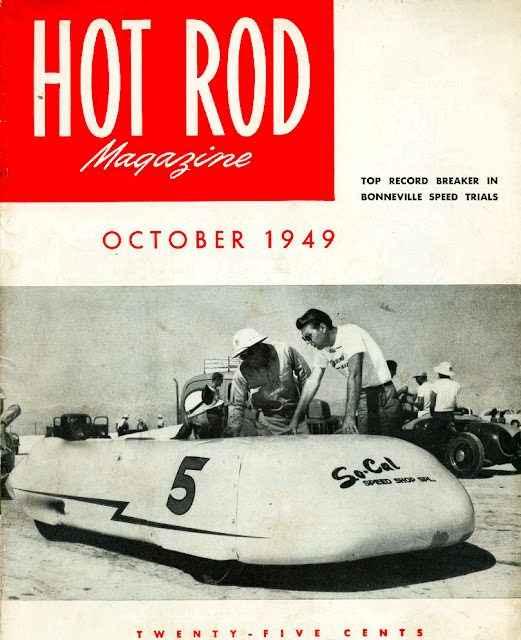 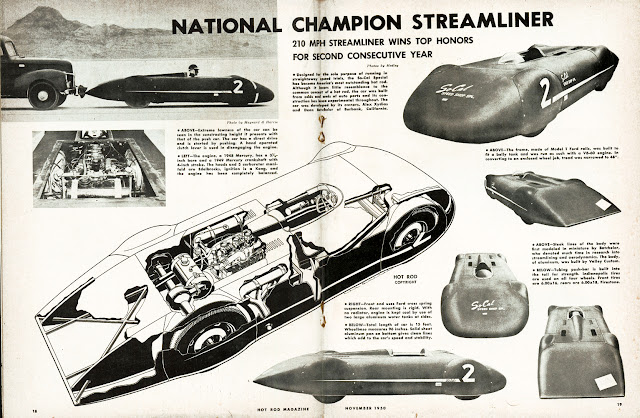 info and magazine outakes from http://hotrodsofthedrylakesera.blogspot.com/2010/12/so-cal-streamliner-part-2.html I've told you how cool that blog is!
at Sunday, December 04, 2011