Bugatti Royale for sale through Bonhams 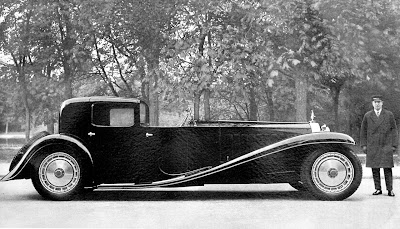 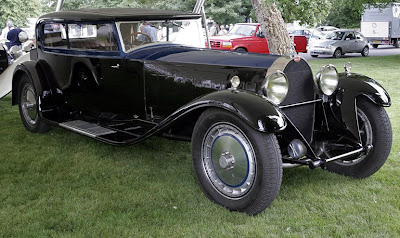 I know these are two different cars, but getting good photos isn't always easy images via: http://supercars.net/ 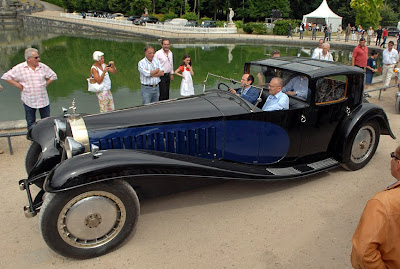 When built, nobody could afford them--production began right at the start of the Great Depression.
A mere six Royale's were produced and two were never sold, staying instead with the Bugatti estate.
This car, the 1930 Bugatti Type 41 Royale Kellner Coach (or 'Coupe') was one of those cars (bricked up behind a false wall during World War II). It stayed with the family until 1950 when both cars were sold to American multimillionaire Briggs Cunningham, who was himself a sports car constructor and Le Mans 24-Hours racing driver.
After more than 30 years of ownership, Cunningham eventually sold the car to fellow American auto connoisseur Miles Collier, who placed the Kellner Coach up for auction in 1987. The car sold for a record £5.5 million at London's Royal Albert Hall before an audience of 4,000 enthusiasts. Now the present anonymous owner--believed to be Japanese--has commissioned Bonham & Brooks in London to offer the Bugatti Royale for resale to anyone willing to pay the asking price.