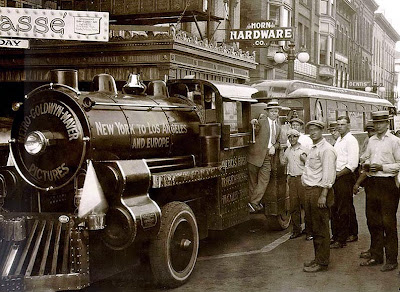 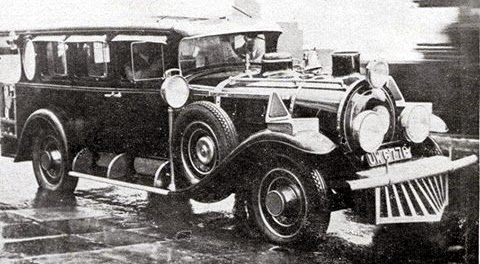 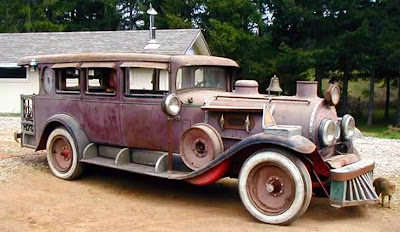 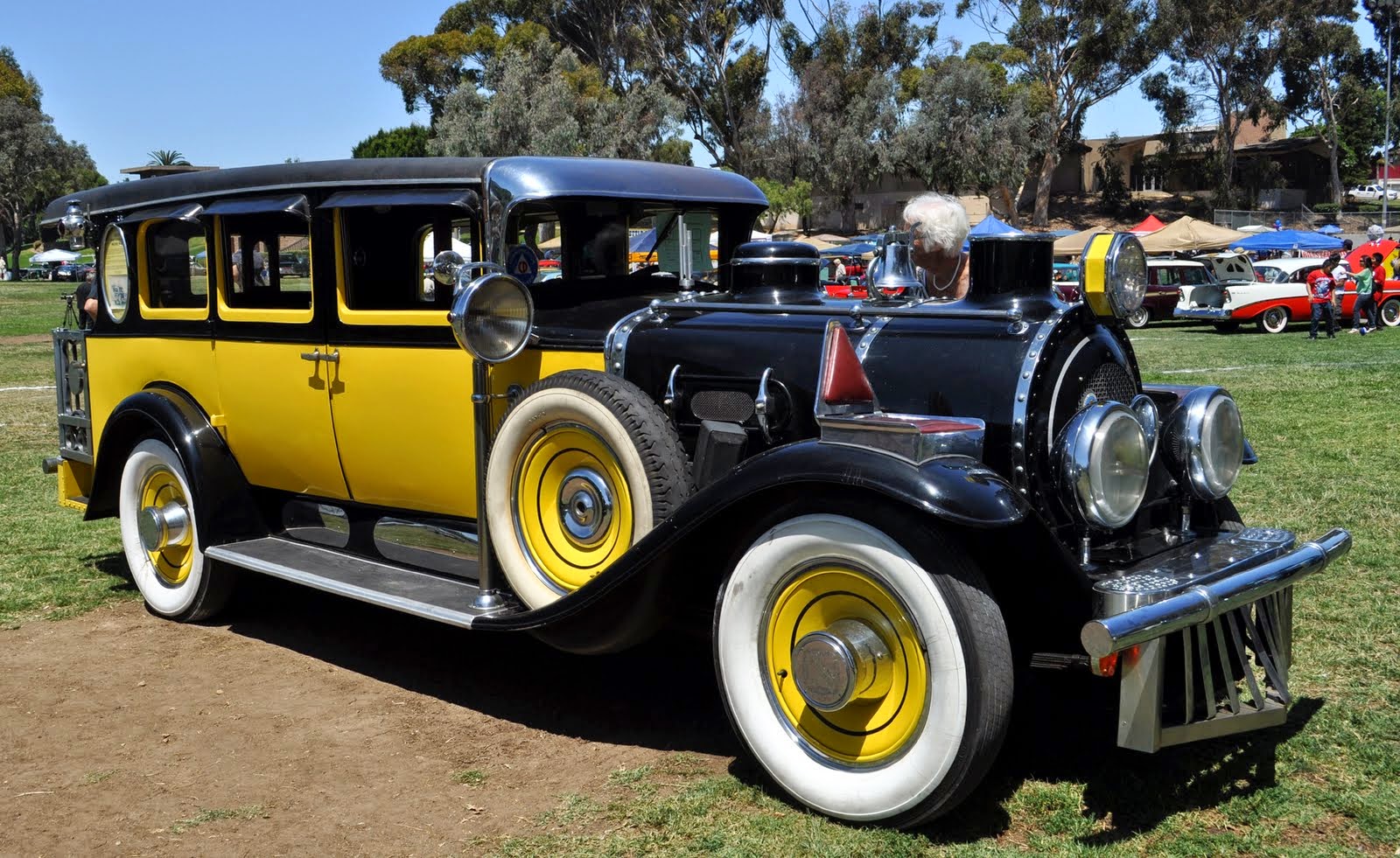 There were about 15 of these originally built. There are 4 still in existence. These began life as a limo, then were sent to the H.O. McGee Company for modifications, which included being fitted with a large P.A. system.


They were built by Paramount Studios to promote movie openings at Publix Theaters, and movie stars of the day, such as Rudy Vallee, would do promotional tours or theater arrivals in these cars with dancing girls riding on the seats located on the fenders.
http://www.jaylenosgarage.com/your_garage/cars/8064.shtml


The cars were called "Sound Trains," due to their built-in public address systems, and served as VIP cars for Paramount's Publix Theatre chain.


Of the orig­inal 15 Graham Paige Sound Trains, four are known to survive. One is in Jackson­ville, Florida, and another in Essex. Mas­sachusetts, is still used in advertising. SIA #132 Pp 59. One is in San Diego http://justacarguy.blogspot.com/2010/09/san-diego-1929-graham-paige-sound-train.html and http://justacarguy.blogspot.com/2011/08/couple-stand-outs-at-todays-annual.html


A number of interesting publicity vehicles were built for Publix Theatres, the parent company of Paramount Pictures, in the late ’20s and early ’30s. They were used in all sorts of publicity situations: to advertise the opening of a new movie in a town or to deliver a star to an opening in grand style. A variety of different automotive makes were used, but the conversions always started with a new limousine body on a long wheelbase.


The limousine interior was left pretty much unchanged, but the front-end sheet metal around the hood area was rounded to give the appearance of being the boiler of a locomotive. A large headlight was mounted up front along with a smoke stack, bell, steam dome, and whistle. The chrome-plated bell had a wire running inside to the instrument panel so the driver could attract even more attention to the vehicle. Two freestanding running-board spotlights were fitted, adding to the woes of the overworked electrical system.
For a new restoration that appeared at Amelia Island 2010 Concours: http://www.conceptcarz.com/events/eventVehicle.aspx?carID=18238&eventID=557&catID=2283&whichPage=1
at Wednesday, December 17, 2008