"The Old Man of the Mountain" 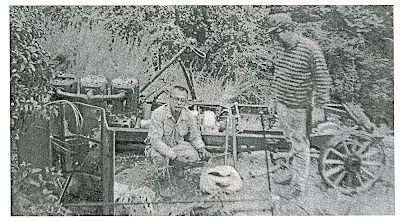 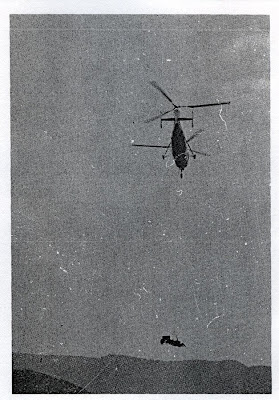 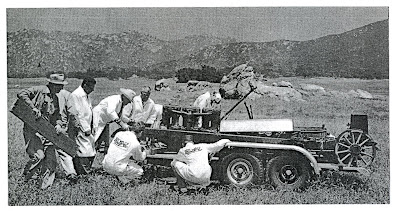 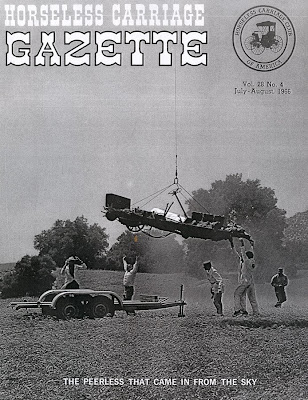 An early Peerless auto was found in 1965 about to fall off a narrow ledge in the San Mateo Canyon http://www.wilderness.net/index.cfm?fuse=NWPS&sec=wildView&wname=San%20Mateo%20Canyon%20Wilderness (near San Juan Capistrano Ca.).


Seen first by a helicopter pilot who was looking for a good place to prospect for gold, and related to a San Diego restorer of Peerless automobiles, who got a team together and the services of a heavy hauler helicopter to lift it out.


About a 1905-1910 car, this came from a company synonymous with quality, and held at the same level of esteem as Packard and Pierce-Arrow. http://cleveland.about.com/od/clevelandattractions/ss/crawford_6.htm


The car had been driven on a horse trail to a gold mine and then used as a source of power, but over a half a century the road had eroded and hillslides had likely taken away most of the trail, until the car rested on the remains of 3 rims, and the other was hanging in free air over a 1200 foot drop.