the National Historic Landmark assoc has been busy, I think they've actually sped up the process! 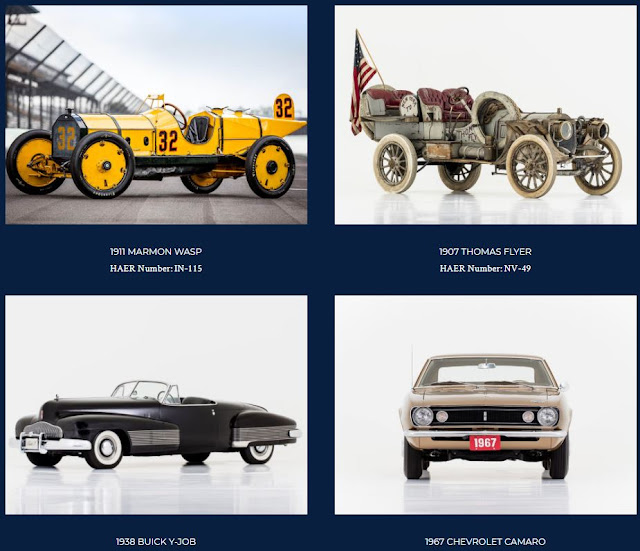 The last time I posted about the HVA, they were just doing the press release of the Thomas Flyer in June 2016, making it the 12th in this effort by the HVA to promote historic vehicles.

The first 14 (ending with the Camaro) are pretty easy to understand their iconic, historic, and cultural significance... but a 1920 Anderson? 1895 Benton Harbor? a 33 Graham? The rest are either obvious or easy to guess at. But these two have me stumped

Well, I read it, and I guess they have a point, but, I think you'll agree there isn't much about the Anderson to put it in this esteemed group.

The 1920 Anderson is one of only seven known survivors of South Carolina’s first automobile company that operated between 1916 and 1922. The Anderson is the first automobile to be added to the National Historic Vehicle Register for its local and regional historic significance.

Weak. Superficial, unworthy, and reminiscent of the "Me Too! Everyone Gets a Trophy for Participating" social idiocy.

To put it in with the Jeep that was critical to WW2, the Tucker and Y Job, the Futurliner, Meyers Manx and Cobra Daytona simply because it's old and didn't have what it took to survive in great numbers (like the Packards, Fords, Chevys)? Weak.

This example survives only due to the founding company owners family keeping it, and it's now owned by Anderson's great grandson

The Benton was an immediate flop, and they gave up. https://www.historicvehicle.org/horseless-carriage-added-national-historic-vehicle-register/ 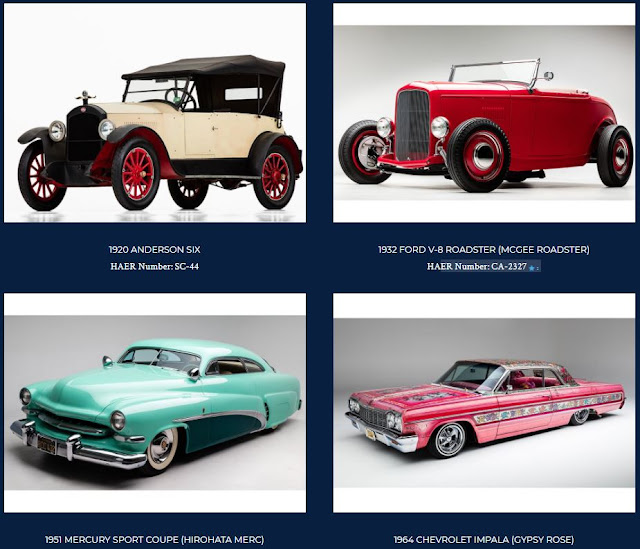 Since than, the BuickY Job, the 67 Camaro, 1920 Anderson, the McGee Roadster, Hirohata Merc, Gypsy Rose, the '33 Graham, 1895 Benton Harbor, and the hero car that Steve Mcqeen had tried to buy back after filming was complete on Bullitt... have all become distinguished as Historic Vehicles - both culturally and historically significant

The Graham is simply one of the earliest examples of windtunnel testing by Northrup, the chief designer at the Murray (body) Corporation, it was an integrated whole not a mash-up of desperate elements, a design built for speed, handling, safety in an elegant streamlined modern package. Ahead of its time, the Graham Blue Streak proved to be a tipping point from the old way cars were built to a new, modern streamlined design. 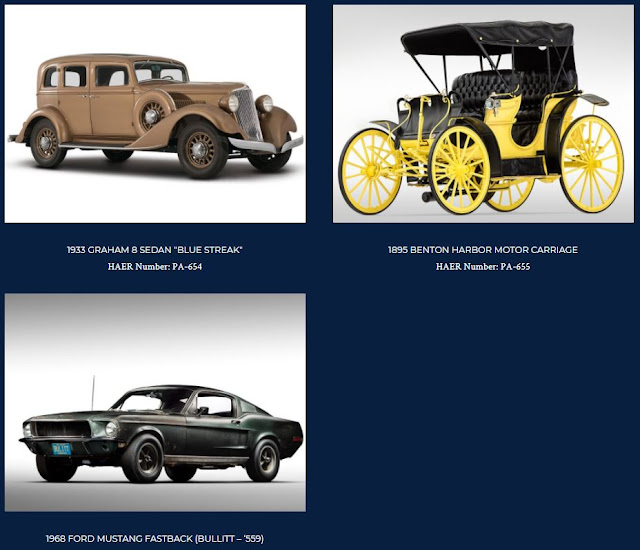