RJ Taylor, trucker and teacher of road safety to schoolchildren and the motoring public 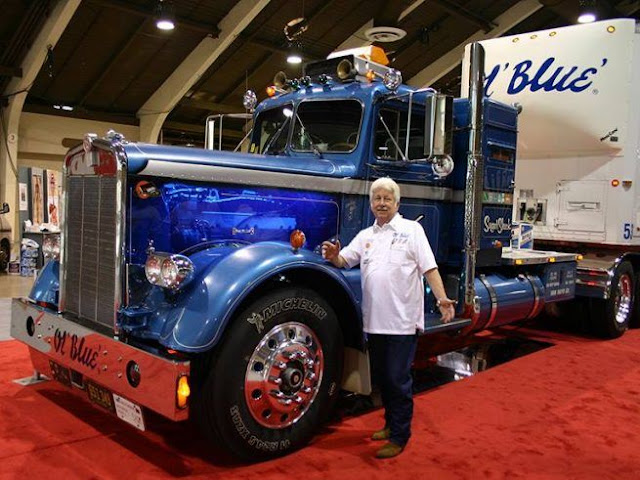 RJ Taylor passed away this last December, but lifetime of work in the trucking industry will live on for years to come.

After acquiring a old 1951 Kenworth in the mid-1960’s he began a long career in specialized heavy haul work that spanned the next 5 decades. The big blue truck became a fixture on the trade show circuit and eventually he founded Ol Blue, USA (United Safety Alliance) in 1986 to bring the message of safe driving to truckers but at the same time educate the public about safe driving around big rigs.

Ol’Blue was a fixture at the Mid-America Trucking Show and others prior to the beginning of the Great American Trucking Show in Dallas, then in Dallas as well. “He did it all and did it free of charge,” says Paul Taylor, supported by trucking industry businesses who donated to his nonprofit to afford the fuel and other on-highway expenses.

Along with his presence at major truck shows and events he visited hundreds, maybe thousands of schools over his 30 years of hard work promoting United Safety Alliance.

The national economic downturn of that started about 10 years ago put a severe crimp in RJ’s funding raising efforts as advertisers cut their budgets. And RJ’ turned down any advertisers that he felt did not have products that coincided with truck or public highway safety in any way.