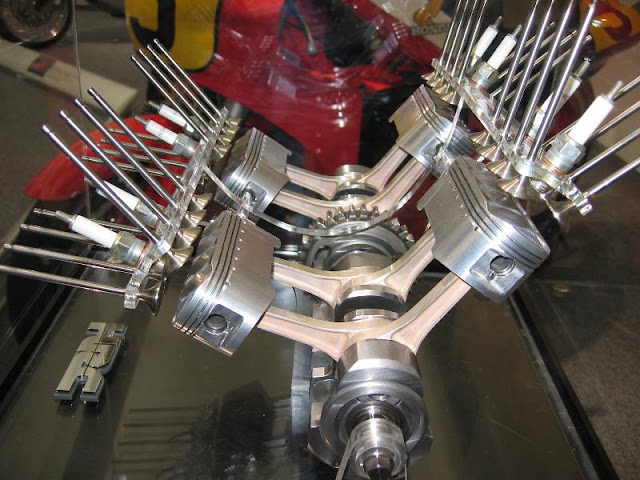 Race rules limited Honda to no more than four cylinders. But Honda engineers had calculated for the displacement the ideal engine would have eight cylinders and 32 valves.

When the FIM announced in 1968 that the 500 cc engine class was limited to four cylinders, that gave a significant advantage to teams utilizing two-stroke engines. Sochiro Honda made it clear that he was committed to the cleaner burning four-stroke engines.

Thinking outside the box, engineers designed a four cylinder engine with oval Pistons that allowed a total of 16 intake and 16 exhaust valves. It had two con-rods and eight valves per cylinder. It was a four stroke and was designed to overcome the monopoly by two-strokes in motorcycle racing.

This allowed the engine to reach 19,500 rpm, twice the speed of two strokes, and produce power comparable to 500GP two strokes

They quickly ran into issues. With two connecting rods connected to each other via the piston, at engine speeds over 10,000 rpm they would distort, causing wrist pin failure. 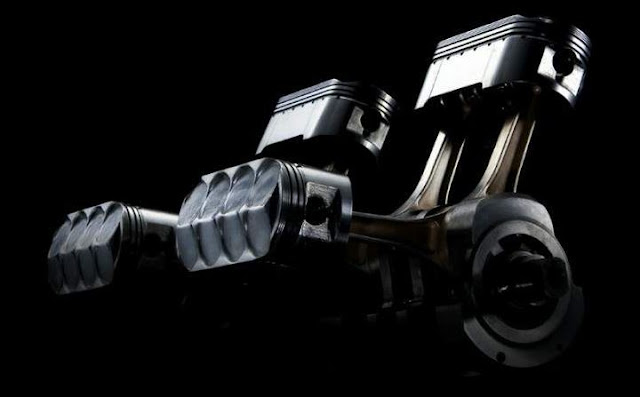 For a four-stroke engine to be as powerful as a two-stroke unit with the same piston count, it basically has to double its normal rpm. To achieve that, the team had to dramatically improve the intake efficiency and design a valve system with higher resistance to friction and heat buildup at high revolutions.

The biggest challenge were the oval piston rings.  They became not only a multiple iteration design exercise, but one of manufacturing capability. To attain their target, they needed tolerances higher than the equipment of the time could produce.

Hence, in April 1978, after a nearly 12 year hiatus, Honda announced publicly it would return to Grand Prix motorcycle racing, specifically utilizing a four-stroke 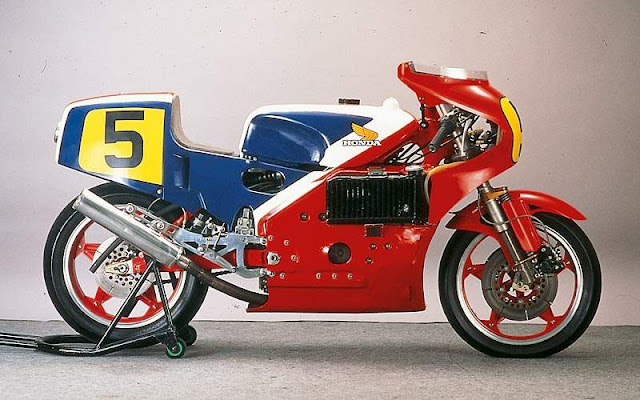 Honda was experimenting with cutting-edge technologies beyond the realm of conventional thinking. Not just the engine design, but also the body.

In addition to the highly exotic engine, the NR 500 also utilized a monocoque aluminum body, and inverted forks - a standard practice on most sport bikes today. Honda also used 16 inch wheels versus the more common 18 inch in order to reduce aero drag.

The complex four-stroke head added nearly 45 pounds to their bike versus the competition. That negatively impacted the bike's center of gravity and balance. The team got aggressive with materials. Iron was replaced with titanium. Aluminum was replaced with magnesium.

In this next video, there will be very little to appreciate, it's simply slow camera movement along the bike body, and the recorded engine sounds from a race track.