Good News! Viggo has another movie coming out, and it's set in 1962, it's a road trip, there will be cool cars, cool actors, and it's related to a post I did about the Green Book 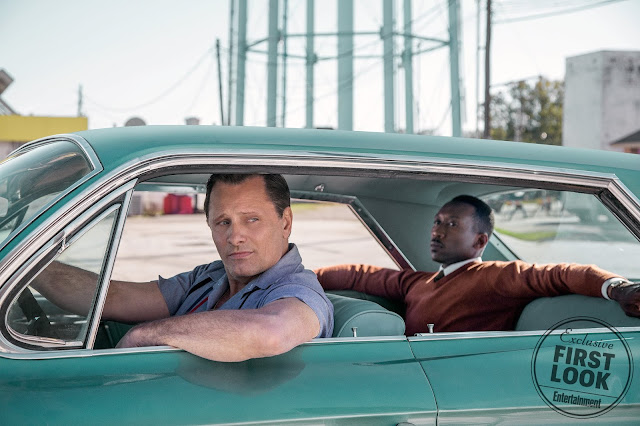 Tony Lip (Mortensen), an Italian-American bouncer with a seventh-grade education, is hired to drive Dr. Don Shirley (Ali), a world-class African-American pianist on a concert tour from Manhattan to the Deep South, they must rely on the “Negro Motorist Green Book” to guide them to the few establishments that were then safe for Blacks. Confronted with racism, danger—as well as unexpected humanity and humor—they are forced to set aside differences to survive and thrive on the journey of a lifetime

"It's a true story in 1962, where this black concert pianist named Don Shirley had a tour of the South and he was afraid, as he should have been," Farrelly told IndieWire in June. "So he went down to the Copacabana and hired the toughest bouncer, played by Viggo Mortensen, to drive him. It's these two guys on the road for three months touring the South and all the (things) they run into. I'm really looking forward to it."

Farrelly co-wrote the script with Brian Currie and Nick Vallelonga. According to Variety, Vallelong's father was the real-life bouncer on whom the film is based.

This has resulted in a rearranging of film release dates, and Welcome To Marwen, the Steve Carrell movie I posted about is getting set a month later to Dec 21st, and Green Book gets the Nov 21 release date instead