Aerosmith’s original tour van has been found in Massachusetts 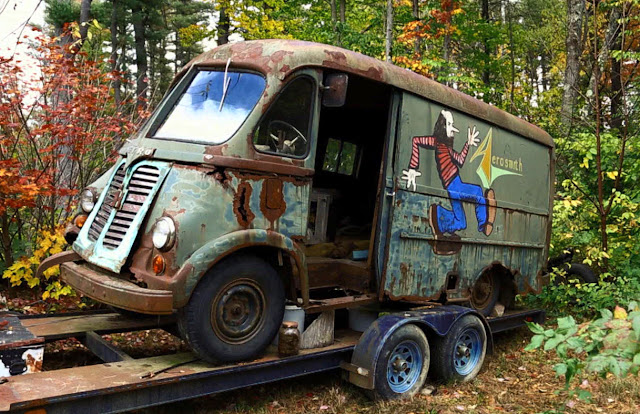 The van was found by the “American Pickers” History channel program in Western Massachusetts, on a property in Chesterfield.

“American Pickers” hosts Mike Wolfe and Frank Fritz got a top that the original tour van used by the band Aerosmith, founded in Boston in 1970, was sitting on a property in western Massachusetts, according to masslive.com. The “American Pickers” purchased the van, a 1960s International Harvester Metro Van, for a $25,000.

“Apparently, the van was on the property when the current owner, only identified as Phil, purchased the land a few years back,” the news site reported.

They found out about the Aerosmith van on a tip from a property owner, who tells them that former Aerosmith roadie Mark Lehman lived there at one point.

He drove out to Chesterfield and confirmed this was indeed the band's original touring van.

"It certainly looks like it. Oh my goodness gracious," Tabano said on the program. "I'm afraid to say how long it is, but it's been like 40 years since we were in this thing. It was like a touring hotel... This is definitely the van. You found it."

update July 2019, the band was reunited with the van after the van was restored to as used condition
https://justacarguy.blogspot.com/2019/07/mike-and-frank-american-pickers-tv-show.html
at Tuesday, August 07, 2018