hard to imagine, but true, there is still an original owner driving his ZL1 1969 Camaro, Ken Barnhart. The original engine has 1.7 miles on it, and is sitting on a shelf. A duplicate has been used to keep this Camaro racing without worry 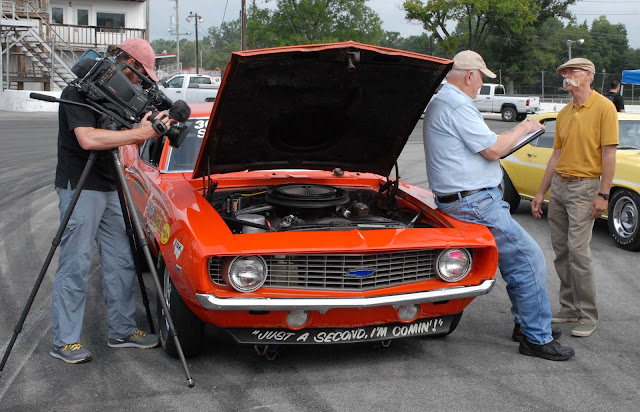 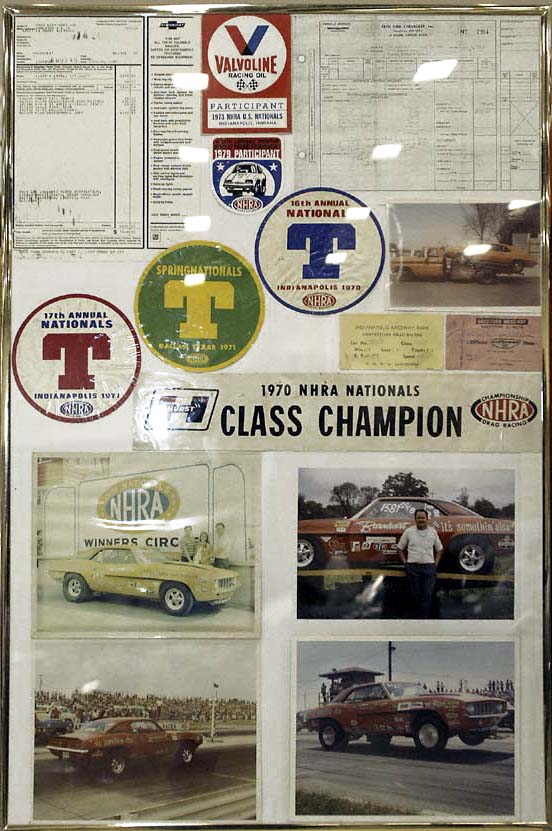 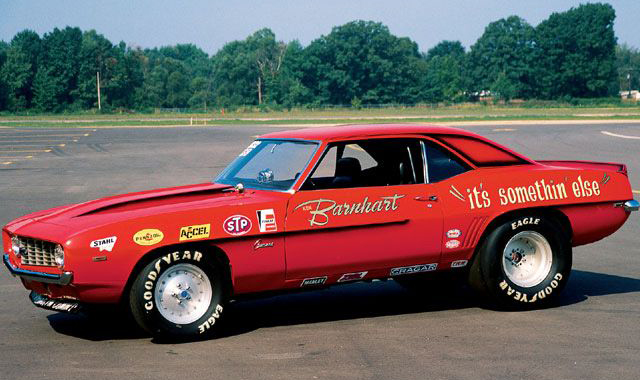 No stranger to the quarter-mile, Barnhart had been racing since the '50s. He almost won the 1959 Nationals at Detroit Dragway, but his none-too-featherweight '39 Cadillac was edged by a fleeter Studebaker. He took the G/Stock trophy at Indy in 1961, however, in a quick '55 Chevy. The ZL-1 brought him back from a short retirement.

Curiously, as soon as the Camaro was in Barnhart's garage, the original aluminum 427 was removed. It was replaced with the duplicate, over-the-counter ZL-1 engine that is still found under the hood today. Except for an old-school Edelbrock Torker intake manifold and replacement 850-cfm carb, the engine is faithful to the original ZL-1.

The graphics and lettering that adorn the Camaro's bodywork were done in 1969 and haven't been touched since. The only paintwork that's been applied to the car's flanks occurred when the rear fender openings were slightly stretched to accommodate larger rubber.

Barnhart's reliable and potent combination made his Camaro the scourge of Super Stock racing for a couple of years. He captured the SS/B title at Indy in 1970, and was runner-up at the Nationals in 1971.

Barnhart slogged it out in Super Stock through the mid-'70s-recording a best e.t. of 9.92 at 134 mph-with a narrowed Dana rearend and 5.38 gears

Barnhart's been the proprietor of a gas station located on the same Elgin, Illinois, corner since 1959. 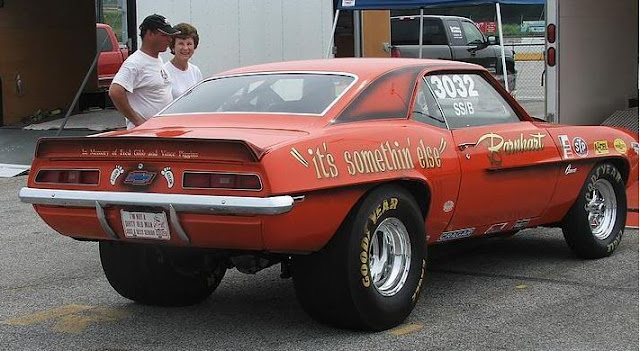 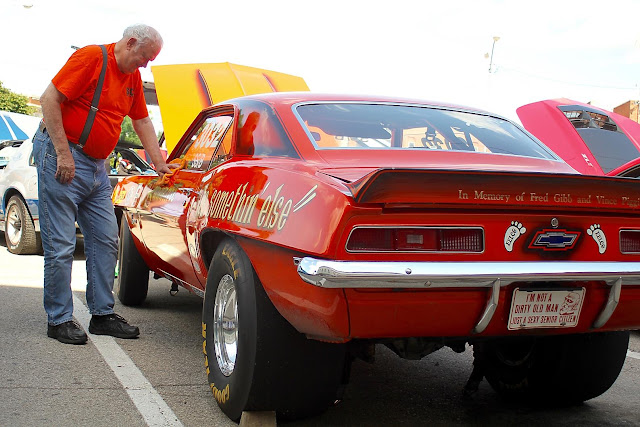 Barnhart was recuperating from an accident incurred while drag racing, flipping through a magazine about cars, when he came across the ZL1. He instantly made up his mind to buy one of the 69 vehicles if possible, and, although he had retired, to dive back into drag racing.

“This vehicle has never been street driven,” said Barnhart. “It hasn’t been run in a competition in 20 years, but I still take it and put it down at the track.