Let me tell you about a guy named Cleo Pineau. One of the most astonishing and exciting biographies I've read, why the hell hasn't a movie been made of a life like this? 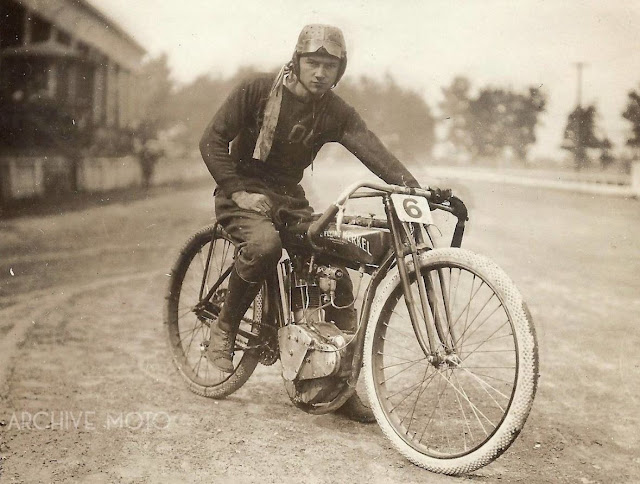 Cleo Francis Pineau was born in July of 1893 in Albuquerque, and quickly did a bucket list of amazing actions, starting with dropping out of school in sixth grade, though, that wasn't uncommon in 1903, but he did it to be a motorcycle racer.

And he was damn good, chosen to be a professional rider for the Flying Merkel and Indian Motorcycles teams, once defeating Barney Oldfield. (around 1914 -1915)

He was a staple member of the Yellow Jackets, the competitive factory team of Flying Merkel in the early teens

1909-1914 Merkel Racing History As soon as production was moved from Milwaukee to Pottstown, the new company decided to spend serious money for racing. Five factory supported riders were hired. These included Stanley Kellog, and Charles Balke,

In April, 1910, Merkel rider Fred Whittler defeated Indian’s top star Jake Derosier.
In late 1910, Indian’s DeRosier was again bested by a Merkel, this time in the hands of Morty Graves, who set new records for two through twenty miles. A Los Angeles track record of almost 75 mph was made in November 1910 by Whittler.

When production was moved to Middletown, the new owners, the Miami Cycle and Manufacturing Company, decided not to continue racing support. Factory employees Maldwyn Jones, Lee Taylor, and Cleo Pineau, however, got under-the-table help in building racing Merkels for the 1911 through 1914 seasons. The factory consented to pay the freight bill to some races, but otherwise the boys were on their own. Jones, Pineau, and Taylor entered many half-mile dirt track races in the MidWest, which was a racing hotbed.

He also rode in the "Globe of Death" motordrome as a vaudeville performer.

WW1 came along and he was off to war as a pilot (though under age) enlisting in the British Royal Air Force in December 1917.
Trying first to join in France where his family originated, Pineau was denied because he wasn’t a French citizen. He then went to the Royal Canadian Air Force and became a pilot.
He had joined the Royal flying Corps in Toronto, and received his primary flight training in the Curtiss JN-4, and the Avro bi-plane, and shipped out of Halifax for England in Jan 1918, and spent 4 months there getting flight training in the Sopwith Pup and Camel, attaining 87 hours of flight hours under his belt before he shipped out to France and was assigned to No. 210 Squadron RAF where he was a member of Hangar No. 1, the top honor of the War Birds of the RAF.

He used a Sopwith Camel to destroy four Fokker D.VIIs and drive down two others (making him a flying ace). 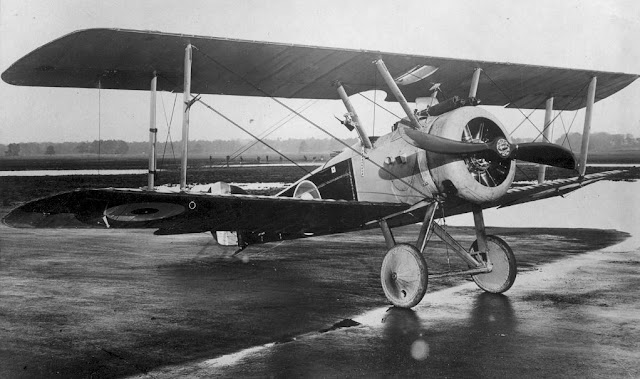 Following his sixth win, he was shot down by a Fokker Triplane near Roulers and fell into captivity as a prisoner of war, two months before the end of the war, he spent that time in a prison camp which was under the command of Kaiser Wilhelm's son. 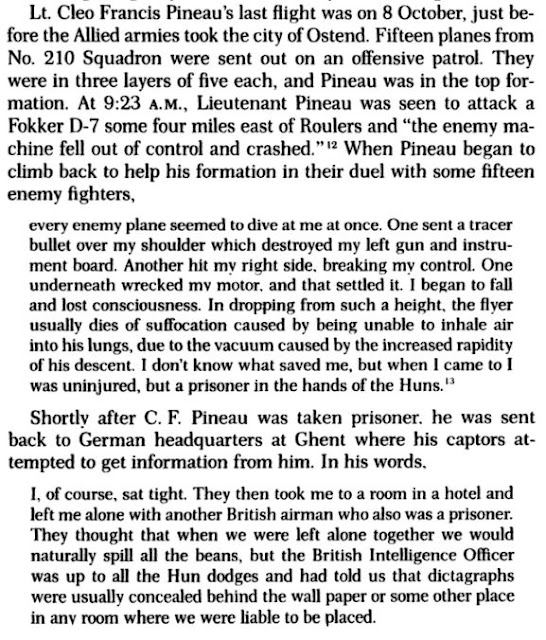 (Sidenote, in a 1922 Motorcycle Magazine, the following is found:
Mrs. Cleo F. Pineau sends from England - where motorcycle statistics are more popular than automobiles - this message: "I drive Scouta because it is easy to control and because it is the nicest in terms of shape and appearance. Its low saddle and perfect stability ensure safe driving and the performance of it is to make it happy for every rider. " (Motorcycle, September 1922)) Therefore I think we can agree that the conclusion is that he was fortunate to marry a woman who also with a motorcycle enthusiast, though I have come across no other mention of his wife) http://old.motorjournal.cz/2001/09/mj09.html 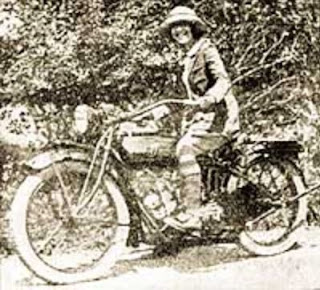 He somehow became friends with Wiley Post and after the war, was instrumental in founding the Williamsport-Lycoming County Airport (in Pennsylvania), and fostered it through his connections in the aviation community.

With flight taking place mainly from the private fields of local farmers, Pineau and others saw the advantages of having an airport and pushed for a permanent location, Frey said. Pineau was affiliated with Stinson Airplane Company at the time.

It was not until Lycoming Manufacturing Co., which was building automobile engines at the time, decided to venture into the aviation world by building and developing airplane engines in the 1920s that the airport took shape.

Spearheaded by Chairman E.L. Cord, the company needed a place to test its engines. Working with the city of Williamsport and the local chamber of commerce, funds were raised to purchase 161 acres of land for $75,000 from three farmers just south of Montoursville.

The company invested $30,000 to build a hangar on the land and, in April 1929, the first plane powered by a Lycoming engine made successful trial flights.

The airport was dedicated on July 20, 1929, and was heralded as one of the great leaders of the aviation movement on the East Coast. Five trans-Atlantic flyers attended the dedication, including Amelia Earhart, along with a crowd estimated at 30,000 people, believed to be the largest in the history of the county.


During the 1920s, he held most of the world records for motorcycle competition in motordromes. He was an organizer and the first commodore of the West Branch Motorboat Assn., and became an executive representative for Indian before starting his own steel company.

here he is with his 1937 Century Thunderbolt 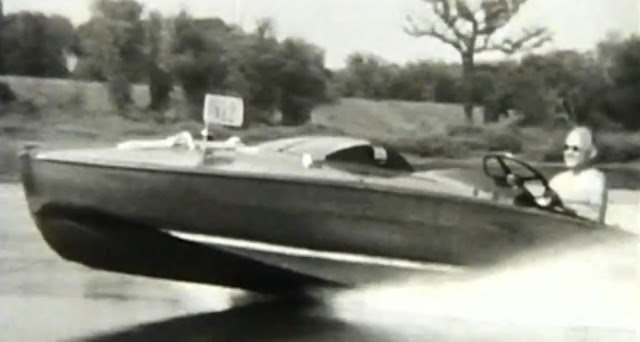 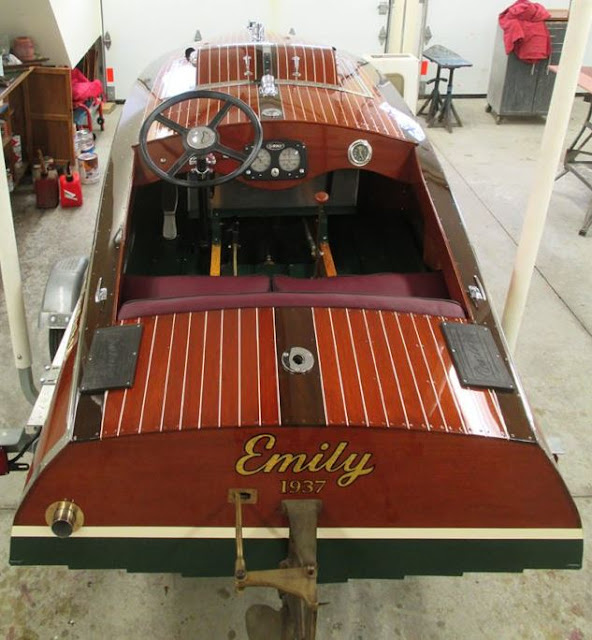 He then settled down, and began with the Radiant Steel company in 1928 as the sales manager, a spinoff from Darling Valve and Manufacturing Company. By 1948, he was its president; he served in this capacity until he retired in 1969. He died in 1972. His daughter Andree Phillips now runs the company.

Andree Phillips moved back to Williamsport from Long Island and her husband eventually took over Radiant Steel.

Year's later mismanagement caused the business to fail and Andree was advised by accountants, lawyers, and bankers to file for bankruptcy. Instead, through sheer grit and sacrifice, she took over and saved the company her father began in 1927.

Andree Phillips is a single mother of four, a tiny and remarkable combination of toughness and compassion. Hear about her journey back from near ruin to being recognized as one of the top ten woman-owned companies in Pennsylvania.

Since taking the top position at Radiant Steel in 1983, Phillips has grown the business into a significant local employer.

In addition to her work with the Community Theater League and Williamsport-Lycoming Chamber of Commerce, Phillips has served as trustee and past chair of the River Valley Regional YMCA, chair for the Business/Education Coalition, past chair for the Manufacturer and Business Association and the Manufacturers Association of Central Pennsylvania and a member of the Pennsylvania College of Technology Corporate Advisory Board.
http://www.sungazette.com/news/top-news/2015/10/scouts-to-present-business-executive-with-distinguished-citizen-award/ 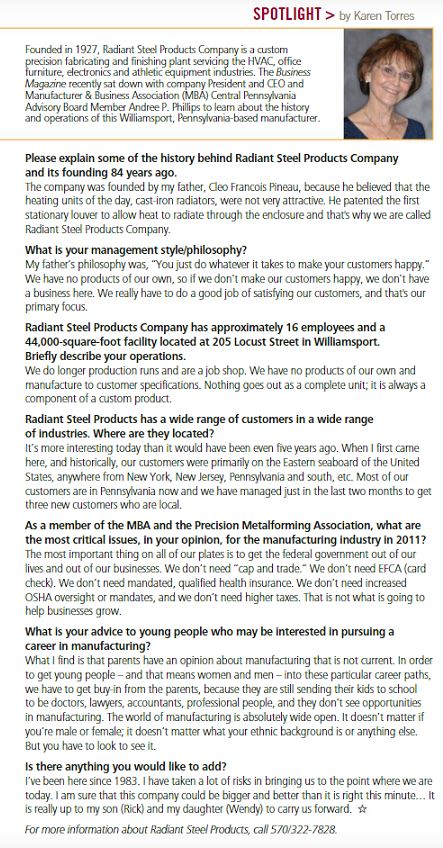 Mr. Pineau was one of the members of the former Committee of 100, who founded the West Branch Manufacturers Assn. He served as treasurer of the WBMA for more than 20 years and was an honorary life director of the association.

Mr. Pineau was a life member of the Williamsport Wheel Club, and a member of Garrett Cochran Post 1, American Legion