1957 Lambretta F 300 delivery and advertising scooter that delivered accordions, and it still has original paint 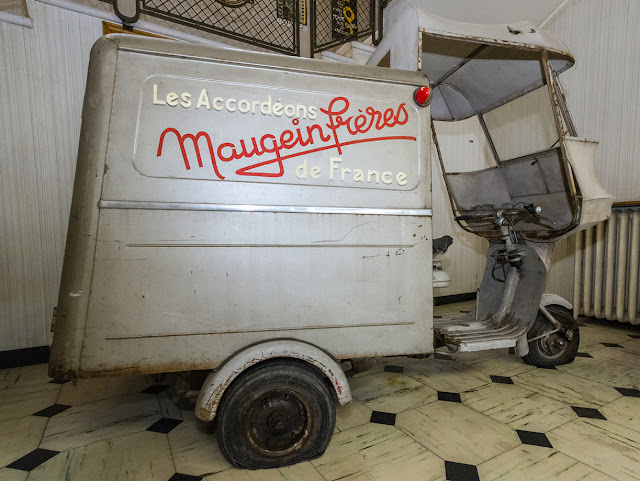 Acquired in 2001 by the City of Tulle in Corrèze, appearing among the major pieces of the collection of the Pole Accordions, this scooter symbolizes the history of the City and the company Maugein, factory of accordions created in 1919, which made the renowned instrument in France and internationally in the first half of the twentieth century. This is the only advertising delivery scooter of this brand that is known to exist, and has kept its original advertising signage, painted in red and yellow on both sides of the box. Used from 1957 to the 1970s to transport accordions from the factory to the station. 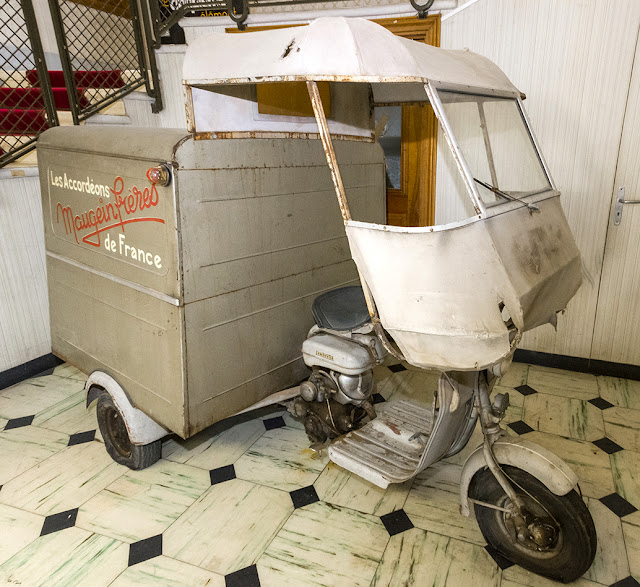 the Retromobil Club de Tulle members worked on the engine.

The Maugein Accordions company sponsored the project, and had financial assistance from the City of Tulle, but made it clear the scooter is a public heritage, its preservation concerns everyone, locals in the city of Tulle, accordion fans and scooter fans.

A bit more info at http://www.agglo-tulle.fr/vie-pratique/sport-et-culture/culture/musees-de-tulle/decouvrir-les-collections/le-triporteur

after it was fixed up it was featured at the annual Salon Moto Légende show, from November 24 to 26 at Parc Floral de Vincennes. 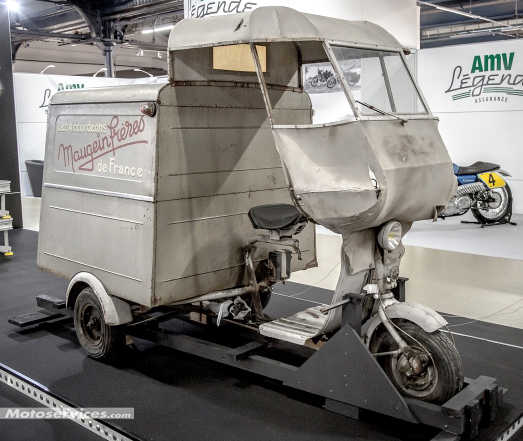 Motul gave the Heritage Foundation has a grant of € 10,000  to refurbish it.
https://www.motoservices.com/actualite-moto/Moto-Legende-2017-diaporama-une-20e-edition-haute-en-couleurs.htm
http://www.pixauto.net/2017/salon-moto-legende/pele-mele-2.php/