Nascar CEO Brian France, was arrested in the Hamptons for DUI and criminal possession of oxycodone after he was seen blowing through a stop sign. How about that, rich white old guy on Oxy. Sounds like Rush Limbaugh 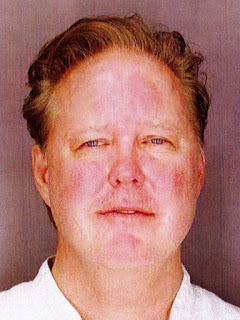 France was reportedly driving a 2017 Lexus. He's worth a billion, https://www.therichest.com/celebnetworth/celebrity-business/women/brian-france-net-worth/
but drives a Toyota Lexus. In the Hamptons.... drunk.

Why the hell not have your megayacht anchor out, hire a pilot/bodyguard/baby sitter to fly you around on your private helicopter, and never worry about going to jail for being strung out on pills and booze?

Nascar only comes second to the NFL when it comes to TV ratings and grossing revenue.

Must be all the sitting at desks, golfing, inheriting a billion dollar company, and being worth a billion finally got to him.

Or his divorce a decade ago... that really screwed him.
In the divorce case, Brian had not paid $6 million of a $9 million payment to his ex.
He was paying $510,000 a year for 10 years in alimony and childcare.
Brian filed a lawsuit in September 2008 alleging that Megan broke the terms of their divorce when it came to visitation rights, the hiring of nannies and the confidentiality clause. Because she broke the terms of the divorce, he has withheld the $6 million payment. Yeah, a half mil a year so his ex can hire a nannies to raise his kids.

As part of the divorce, Megan France kept a $3.2 million Charlotte home and a $2 million vacant lot.

He really doesn't give a shit about cars... but he does like expensive planes, and plenty of them.

Think that's a ridiculous amount of alimony and childcare? Charlie Sheen's exes don't. Charlie was in the news today, and said to pay 77thou, a month. 4 kids, 2 ex wives.

How does it make any sense to pay over 40 thou a month for child care? No idea, but, I bet you the lawyer that gets hired by some trophy wife can detail in perfect Harvard overtones exactly why some kids need about 20 thou a month to cops with life in grade school without a job.
at Tuesday, August 07, 2018