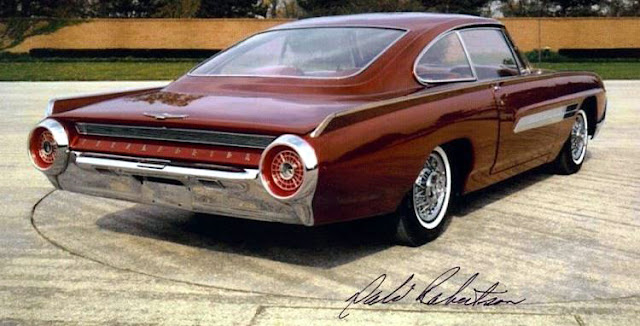 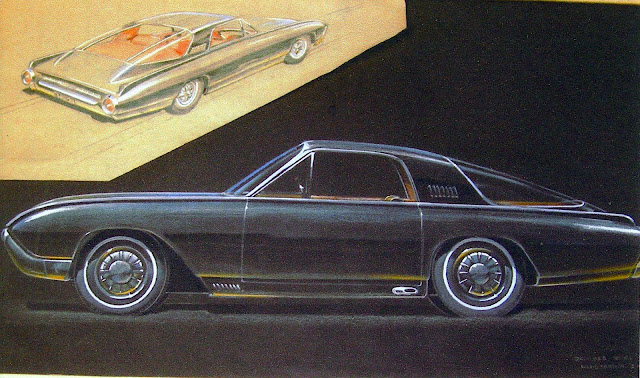 The Italien was a featured in Ford's 1962-63 "Custom Car Caravan" and the 1964 New York Worlds Fair's "Cavalcade of Custom Cars" then appeared in Autoramas throughout the United States such as Detroit, Los Angeles, Miami and more.

Dale Robertson, tv star on a cowboy show, fell in love with it, and wanted it. Since the only contact information was the placard from Dearborn Steel Tubing in the car, Robertson contacted them.

He offered DST $10,000.00 for the car and then DST went to work trying to convince Ford to sell them the car rather than scrap it. They were successful and as you learned earlier, they purchased the Italien from Ford for $5,000.00 and immediately sold it to Robertson for $10,000.00.

All in all, DST did well, they got paid $11,000.00 from Ford to build it and then picked up another $5,000.00 when they sold it to Robertson. Robertson drove the Italien regularly around the Los Angeles area and one enthusiast remembers spotting it on the highway and following it only to lose it in the hills of Hollywood.

Circa 1965, Robertson let his secretary take the Italien on an errand and she rear ended another car. 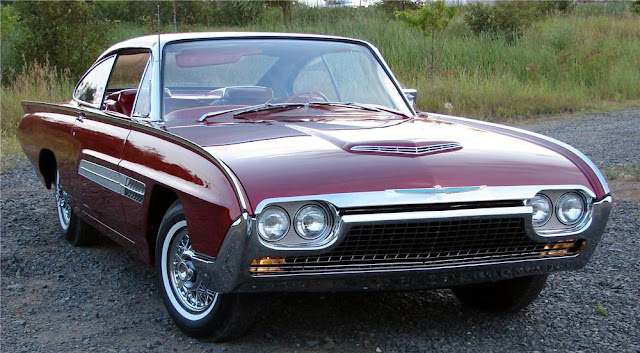 The Thunderbird Italien was a styling study from Ford's own Thunderbird styling department and was designed by Fords own Thunderbird Stylists who actually built the plywood buck over which they sculpted the clay model of the roof in their own studio and then gave the car to DST where Vince Gardner made the one piece plaster cast over the clay from which he made the fiberglass roof and deck lid. 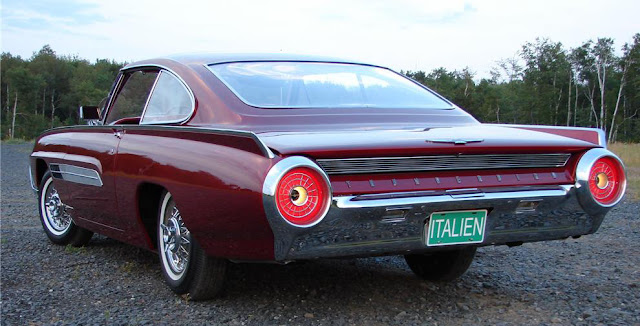