the Buick Wells Fargo, a 1958 Buick Limited which was given to Dale Robertson of the show Wells Fargo Days and was his personal car. 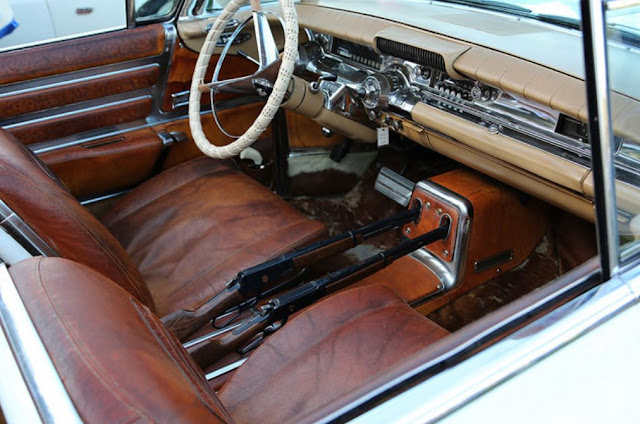 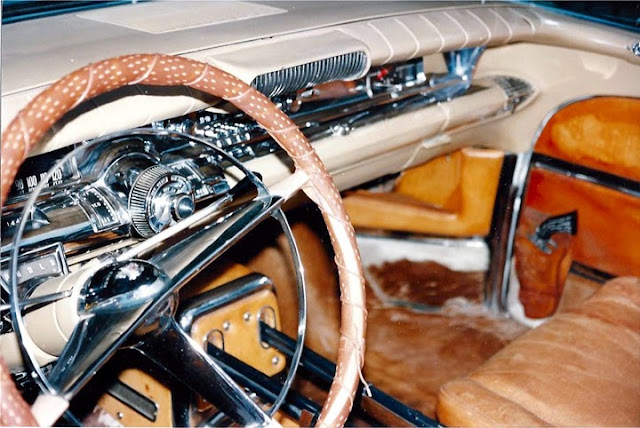 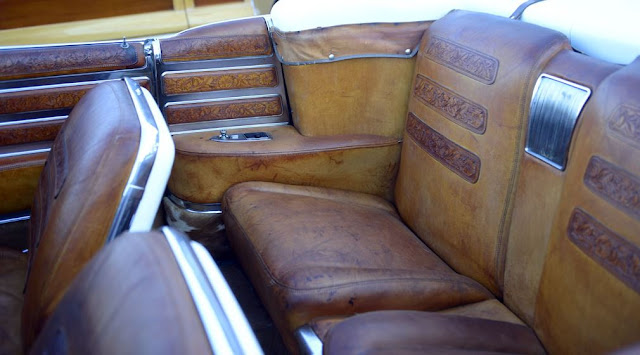 Built from a Limited convertible and given to actor Dale Robertson, the star of the Buick-sponsored television show, Tales of Wells Fargo (broadcast on NBC affiliates from 1957-1962).

This car was on the show circuit, such as the 1958 Chicago Auto Show, and among the custom features added by GM to the car were special bucket seats and door panels upholstered in Danish calfskin with western-motif leather inserts, Jersey hide carpeting for the floors and lower door panels, a console between the seats which served as a gun rack containing two Winchester rifles, and leather holsters on the door panels holding pearl-handled .38 Colt pistols

A collector bought it in the 90s, and flipped it, and when the bidding for the Wells Fargo stalled, the auctioneer knowing Robertson was in the audience asked him to come to the stage and talk about the unique car. Soon afterwards the bids doubled, and the car sold for 61k

it was then flipped again, but without the star, the car went for non-star power money 31k. 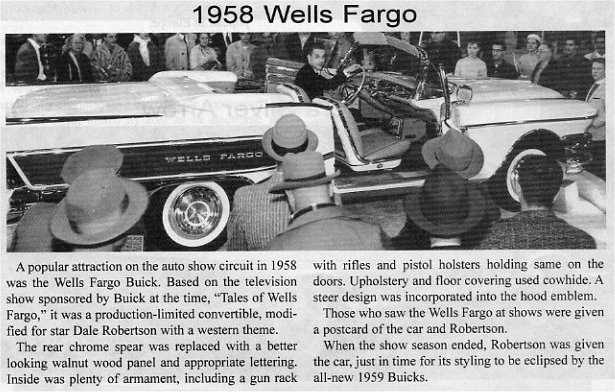 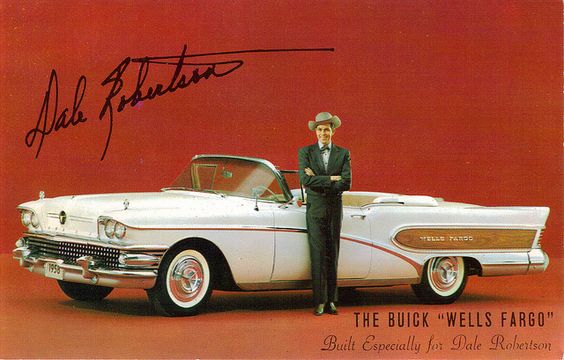 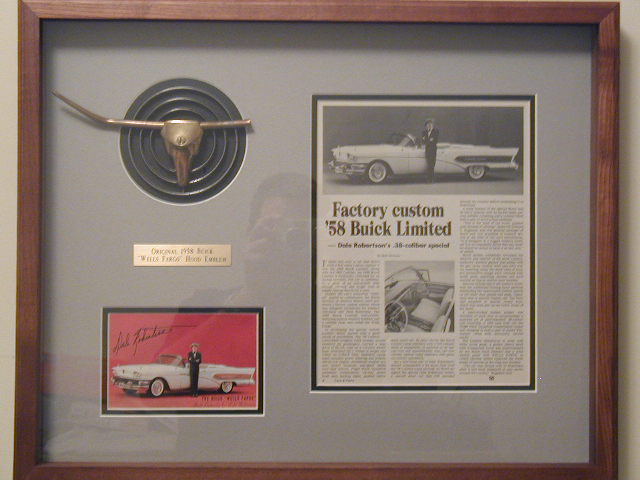 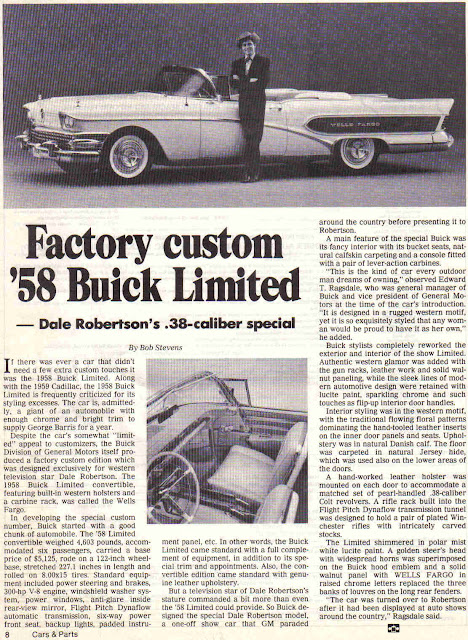 Western themed cars seem to be quite a thing, and a couple you my not have heard of are the '58 Caballero built for Bill Mitchell, or a '50 Roadmaster convertible built for Harlow Curtice  and then, of course, there's the long-lost '59 "Texan" -- the Western-themed Invicta Estate Wagon that provided the pattern for the '60 Invicta Custom Estate Wagon.