what behavior would you expect of police sergeant, exemplary leadership and professionalism? Or a more realistic thievery, felony level, of stealing evidence from the police station?

a stolen license plate ended up in the evidence locker, the police sergeant took it out unauthorized, mounted it to his undercover vehicle no doubt used for other illegal activities, and blowing off paying toll roads.

The city of Longmont is about 15 miles north of Denver, and there are several toll roads in the area, like US36, the beltway E 470, and parts I-25... and this police asshole racked up $1600 in fines, driving with a stolen plate, that resulted in the original owner - who had reported the plate stolen - getting fined by the police for not paying tolls

Being unable to pay the $1,592.72 in fines, the state of Colorado wouldn’t let the original owner renew her registration (on a new used car that replaced the stolen car) because of the fines.

The original owner reached out to the city, who refused to be helpful, UNTIL SHE WENT TO THE DENVER NEWSPAPER! THEN the city agreed to pay the fines!

The asshole cop? Has already been put on admin leave due to the investigation of the narcotics dept he was supervising, which was so utterly embarrassing it was dissolved.

But, because shit floats, he's the president of the Colorado police union

and he looks the way I expected he would 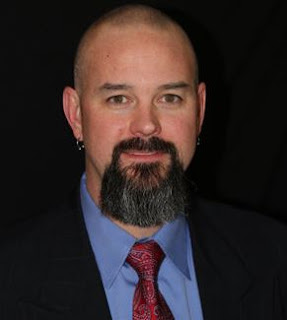 of course, this is the city of Longmont, where the mayor ran over a homeless man while making an illegal U-turn and didn't get a ticket,  and the city approved $12.5 million in incentives to entice Costco to build on property owned by the family of the chief financial officer of the city, approved by the mayor.