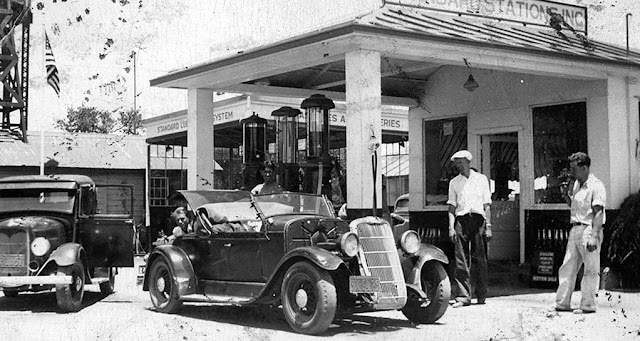 I've admired and appreciated Edelbrock since about the early 90s, when I got my 72 Barracuda, and right away, needed to replace junk with performance parts, like intake, carb, headers, exhaust, etc.

The best thing going for cost and performance was Edelbrock intake and carb, you know?

about a decade or so ago, I learned that the Edelbrock corporation had an annual open house, and car show, http://justacarguy.blogspot.com/2011/05/vics-garage-collection-of-edelbrock.html and when I saw this set of books, 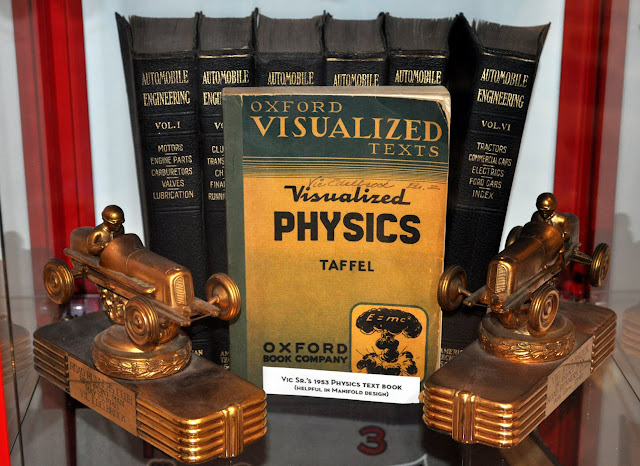 had to get a set for myself to see what was in it (really inexpensive way to learn from the pioneers of the aftermarket industry).

I was impressed with the instructions on how design and run a service station garage, which brings my focus to the photo at the top of this post, Vic’s Gilmore Station in 1934. Vic opened his own shop in 1934 at the corner of Venice and Courtland in West Los Angeles. It was a four-stall repair shop and a three-pump Gilmore Service Station

He also had a service station at the corner of Avalon and Hancock, below, one on Wilshire Boulevard in Beverly Hills, another on the corner of Venice Boulevard and Hoover in Los Angeles. Between 1934 and the start of World War II, the small repair garage relocated three times 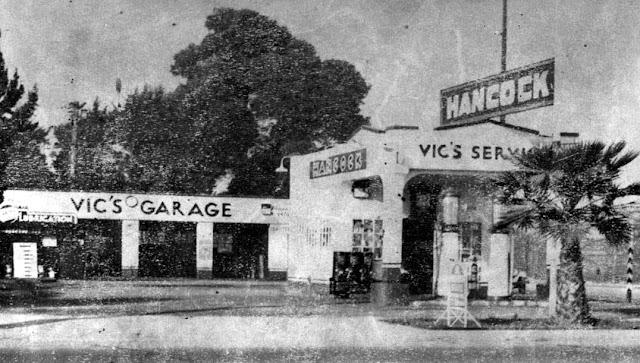 Since I can't recall hearing about this before, I looked up Vic on Wikipedia, and learned something very cool about him...

Vic Sr. was born in 1913 in a small farming community in northeast Kansas.

After the family grocery store burned down in 1927, Vic left school at the age of 14 to help support the family by ferrying Model T Fords from Wichita to the many outlying farms in the area. The frequent stops to replace parts that shook loose on the region's dirt roads made Vic an expert in impromptu repair work.

Then he found work in a local repair shop, working as an auto mechanic.Vic also picked up extra cash running moonshine for local bootleggers

That's the coolest thing I've learned in a while!

Rodger Ward used Edelbrock's midget car on August 10, 1950 to break the Offenhauser-equipped winning streak at the legendary Gilmore Stadium using his secret blend of nitromethane. Edelbrock and Ward followed up the win by travelling to San Bernardino and winning the following night. This feat was never duplicated in the history of midget racing. (not sure if this refers to racing on nitro, or, back to back wins in a midget 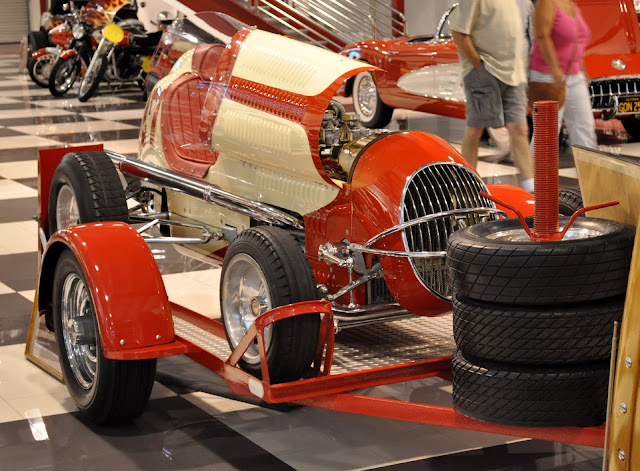