Jerry was the "Grand Marshall" for that Union 76 - 200 lap National Late Model Sportsman race Thanks Justin and Jeff in Seattle! 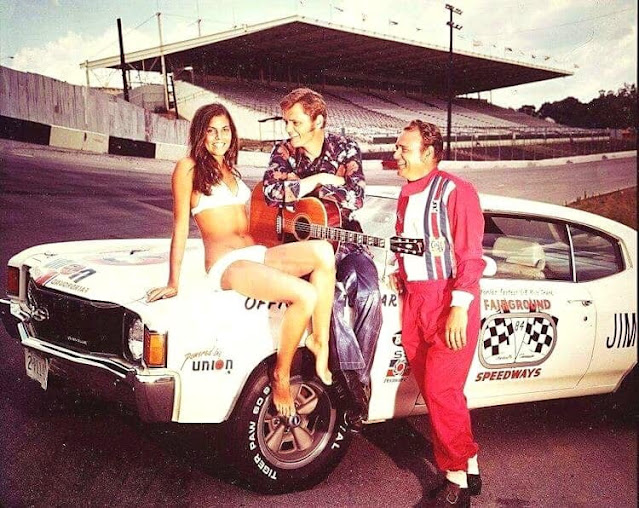 But a quick search on the internet turned up nothing

When they were filming Smokey and the Bandit, he heard the music they were planning to use, thought he could write better music than that, and wrote East bound and down in his motel room that night, along with most all of the songs they used in the movie.

Smokey and the Bandit was written by mostly by the stuntman that was working on the movie White Lightning in Florida, the housekeeping staff kept swiping their Coors beer from their motel room fridge, and when confronted, admitted it and said that one of their group of friends usually made a trip from Florida to Texarkana every few weeks to get lots of Coors, but no one had been able to go lately and they were all out, and desperate enough to steal it from the guests.