there once was an engine production company about 90 years ago that got stiffed on the payment for a half a million dollars of engines they'd sold to Durant.... they ended up using bodies to try and sell cars to make up that lost income 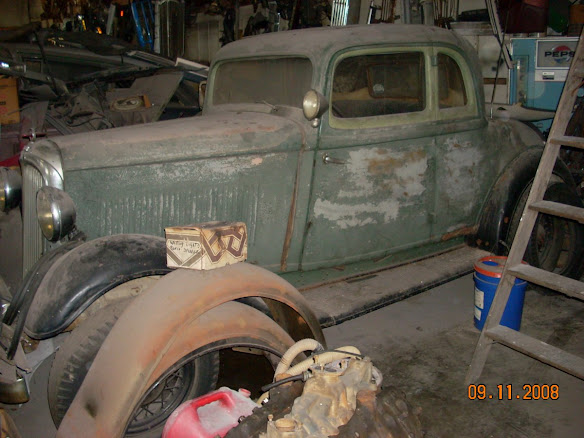 Continental was an engine builder, and supplied engines for over 100 name plates in the 1910s, 1920s, and 1930s, including Durant Motors Corporation which used the engines in its Star, Durant, Flint and Rugby model lines.

Following the 1931 collapse of Durant, a group having interest in Durant Motors began assembling their own cars, the De Vaux-Hall Motors Company, using the Durant body dies.
When De Vaux-Hall collapsed in 1932, and was unable to pay creditors, Continental Motors assumed automobile assembly because they were owed $500,000 worth of engines and marketed the vehicles under the Continental-De Vaux brand name for the balance of the 1932 model year in order to try and make back some of the lost money
The 1933 Continentals were marketed in three model ranges: the largest and most expensive was the six-cylinder Ace, next was a smaller six called the Flyer and also the low-priced four-cylinder Beacon. The 1933 Beacon roadster was the lowest price full-size car offered for sale in the United States in the 1930s, costing only $US335.
After just about 2 years, they had had enough, and decided to close the doors on the assembly line. They never left the engine manufacturing business, they just tried to salvage lost money on a deal gone bad.
They are still in business today as Teledyne Continental.
Joe DeBord found one, and hot rodded it. There are only 4 known to exist