So long and farewell to that sunny blonde, the only woman I've ever heard of named Doris 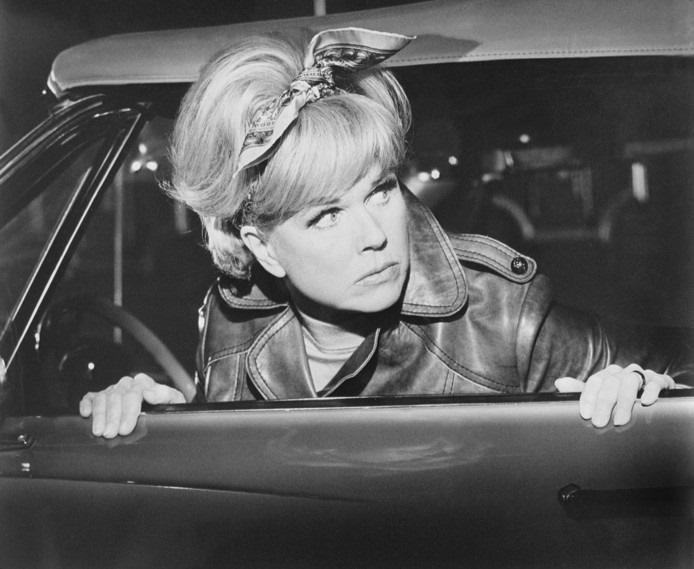 Born Doris Marianne von Kappelhoff,  her dancing career was cut short at age 15 when she was in a car struck by a train... yeah, that happened in 1937, way back before color movies, tv, or roller skates.

She married young, and foolishly, as so many young people do... and often, as many people who don't know what the hell they are doing being married in the 1st place often repeat the same catastrophic error. Nearly fatally, as her 1st marriage was to a raging green monster that beat the shit out of her for months, just for receiving a wedding gift. She was already preggers, probably why she got married anyway, and couldn't get rid of the asshole for 2 years. He suicided 14 years later when she became the famous actress we all know.

Her 2nd husband mistake was a 3 year stint, and her 3rd wrecked her financially and got her stuck in contract TV appearances. Day filed suit against Rosenthal, her husbands partner in crime and also the lawyer she'd used to get a divorce from her previous husband, in February 1969, won a successful decision in 1974, but did not receive compensation until a settlement in 1979.

Why she didn't have a close set of friends to steer her through and past all these wretched relationships is a complete mystery. After all, she also had a manager, publicist, etc etc who were looking out for her career and business interests


She was known around the world for singing "Que Sera, Sera";  “Sentimental Journey,” released in 1945, sold more than a million copies... and while singing with the Les Brown band and while performing for nearly two years on Bob Hope's weekly radio program, she toured extensively across the United States.

The bandleader Les Brown, once said, “As a singer Doris belongs in the company of Bing Crosby and Frank Sinatra.” Between 1950 and 1953, the albums from six of her movie musicals charted in the Top 10, three of them at No. 1

In 1950, U.S. servicemen in Korea voted her their favorite star, “the girl we would most like to take a slow boat back to the States with.” 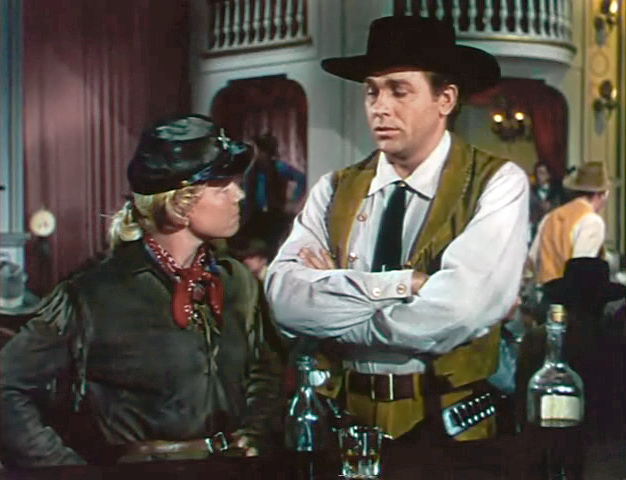 Day wasn’t a glamorous blond enigma like Grace Kelly or Kim Novak — though she did, like both of them, work with Alfred Hitchcock.

She was not a Hollywood bombshell in the manner of Marilyn Monroe or Mamie Van Doren, with whom she competed for Clark Gable’s attention in the 1958 comedy “Teacher’s Pet”.

From 1959 through 1969, she received six Golden Globe nominations for best female performance in three comedies, one drama (Midnight Lace), one musical (Jumbo), and her television series.


Awards:
She was nominated for the Best Actress Oscar in 1960

She received three Grammy Hall of Fame Awards,  was inducted into the Hit Parade Hall of Fame,  and in 2010 received the first Legend Award ever presented by the Society of Singers

In 2004, she was awarded the Presidential Medal of Freedom by President George W. Bush for her achievements in the entertainment industry and for her work on behalf of animals

The Academy of Motion Pictures offered her the Honorary Oscar multiple times, but she declined as she saw the film industry as a part of her past life.

Day was inducted into the Ohio Women's Hall of Fame in 1981 and received the Cecil B. DeMille Award for career achievement in 1989

Day at 89, became the oldest artist to score a UK Top 10 with an album featuring new material

In 1991 was awarded the American Comedy Award: Lifetime Achievement Award

In 1962, Day appeared with Cary Grant in the comedy That Touch of Mink, the first film in history ever to gross $1 million at Radio City Music Hall.

During 1960 and the 1962 to 1964 period, she ranked number one at the box office, the second woman to be number one four times, an accomplishment equaled by no other actress except Shirley Temple.

She set a record that has yet to be equaled, receiving seven consecutive Laurel Awards as the top female box office star. 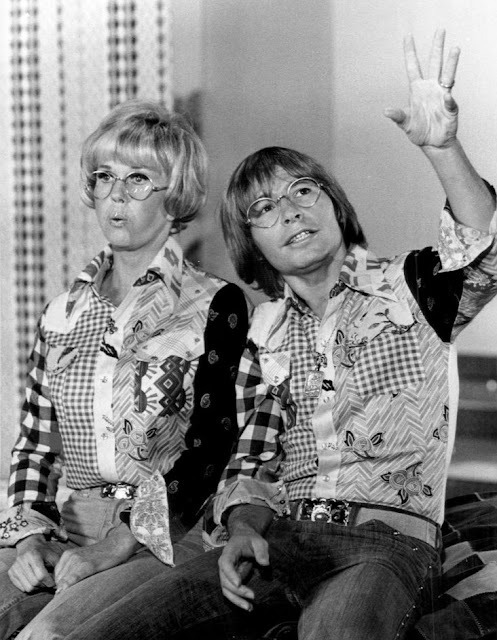 But somehow, not learning from all the marriage and divorce drama, she recently hired a new business manager, who fired all her longstanding members on her pet foundation ( Doris Day Animal Foundation ) board and appointed his direct family as the new board members, changed the security staff at her estate, and kept her only grandson (she had one son, who had a hit in the 1960s with "Hey Little Cobra" under the name the Rip Chords, and who worked with the Beach Boys, and one grandson, a realtor in Carmel) from seeing her in her last week.

Doris Day is no longer with us. The voice remains