Did you hear about Ford going Metric in 1979 and mounting 15.4 inch (390 millimeter) rims and tires on the 1979-84 Mustang, Mercury Capri, and Thunderbird Turbo Coupe? Called the TRX system, but commonly referred to as WTF!


Michelin invented the steel-belted radial tire, which it introduced in 1946. That turned out rather well for them. In the early seventies, anticipating the trend to ever lower-profile tires, Michelin made a bold gamble to reinvent the genre, with a proprietary metric wheel-tire combination that was not interchangeable with conventional wheels and tires.

Michelin’s ideas behind the TRX tire were very valid. As tires moved to lower profiles, their smaller sidewalls naturally resulted in substantially stiffer rides. Michelin, being based in France and so associated with the smooth-riding French cars, looked for a compromise, to gain the performance benefits of a low aspect ratio tire and maintain good ride quality.

The solution was the TRX flange and tire (the TDX was a similar design but also included limited run-flat capability). The wheel flange is angled outward, and not so deep. That allows a more gradual transition from the tire bead to the sidewall, maximizing its ability to flex, even with a limited sidewall height.

Fine in theory, but as with all proprietary bullshit, it's not worth the expense compared to the contemporary competitors products that are less expensive (hello Betamax by Sony - vs VHS)

It seems the only tires available in the USA for replacement were expensive Michellin TRX , making no one very happy about this dipping into Ford of Europe parts bins.

WHY for the love of Mustangs did they do this unholy crossover to European standards and screw over American Mustang fans?

Some stylist dweeb from Ford of Europe design studio, named Jack Telnack, was sent back to Detroit, (probably for annoying the design studio people in Europe) and he'd believed it was time for a fresh-faced Mustang—a new breed. It was going to be a totally new Mustang built on a European-style platform known as Fox. The "Fox" name was based on what Ford envisioned for this new platform using the German Audi Fox as a benchmark. 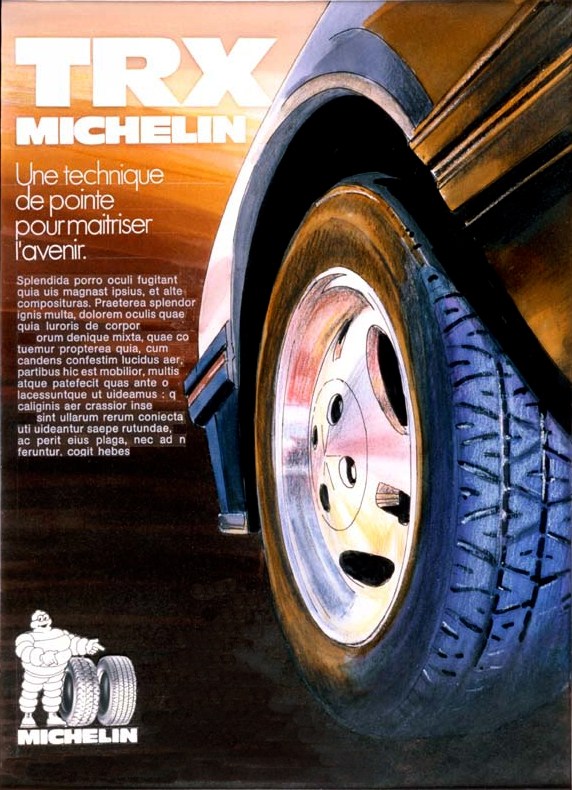