the overall size of the Ford 3-ton Model 1918 Tank when compared to the tank's crew, the Mobile Kitchen it is towing, and the American troops 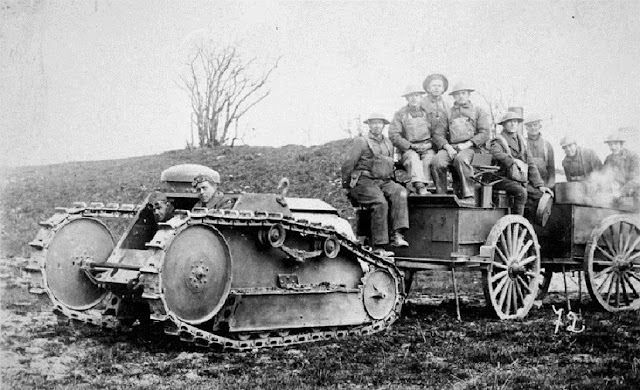 with just 15 Ford 3-ton Model 1918 Tanks produced, the signing of the Armistice signalled the end of the contract, and although Ford subsequently produced a larger 3 man version with a turret, it was not adopted by the U.S. Army, and the project was cancelled.

It is reported that some of the 15 Ford Model 1918 Tanks produced were shipped to France for testing in late 1918, however, none saw combat in WW1. The Ford 3-ton Model 1918 Tank, actually weighed just under 3 tons, was 13 feet 8 inches long, 5 foot 6 inches wide, and was 5 foot 3 inches high. Powered by 2 Ford Model T 45 hp water-cooled engines, with each engine having its own electric starter, the Ford M1918 Tank had a speed of 8 m.p.h.

One is on display at the Patton Museum, Fort Knox, Kentucky 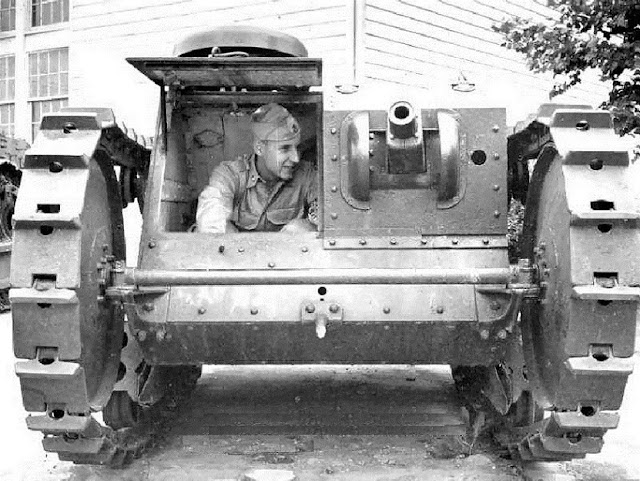 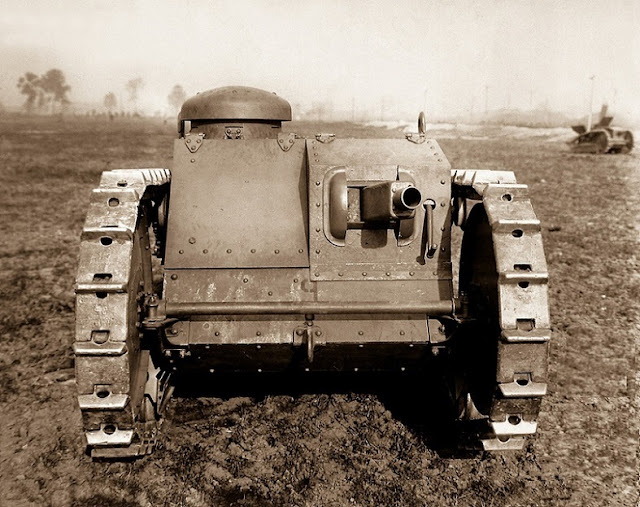