Checker and Yellow Cab of Chicago owned the cabs back when, and 85% of the taxi drivers in Chicago in 1937 went on strike for almost 3 weeks, and they were PISSED at anyone who's do the job for less 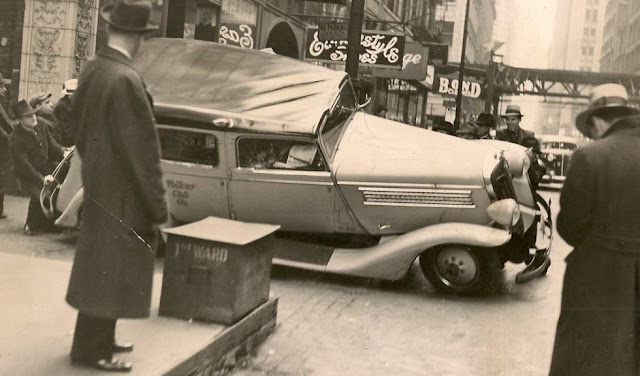 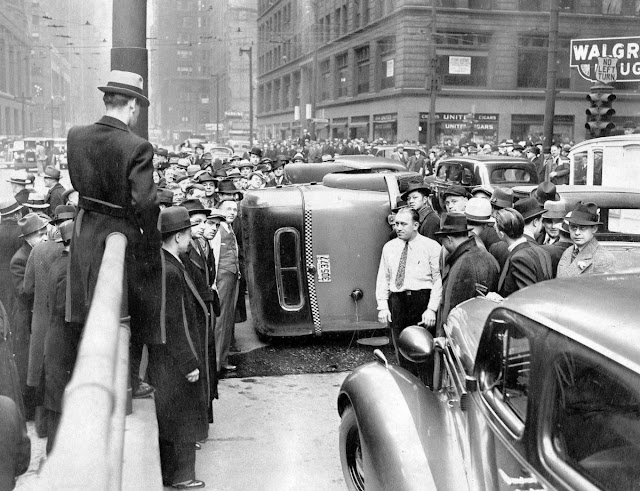 rolling them over, or forcing them off the road, right where it was guaranteed to be REALLY difficult to get them out. The drivers were striking for more of the commission per fare. 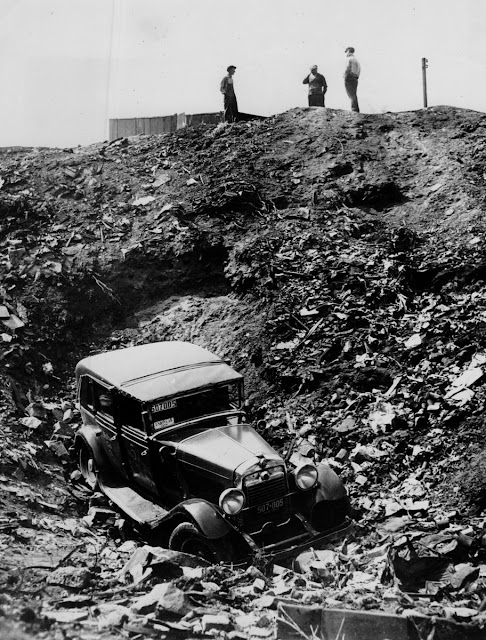 Midway through the strike, cab drivers rioted in the Loop, beating up the $7-a-day strikebreakers, ejecting passengers from scab cabs and pulling a mounted policeman off his horse and beating him.

The Chicago Tribune reported: "Organized mobs of striking taxicab drivers, led by professional sluggers, attacked cabs at a core of points in the Loop yesterday afternoon. They over turned 15 machines, smashed the windows of many more, and fought the police hand to hand."

However, back in the mid twenties, there was a lot of violence too;
Two Yellow garages were bombed, and a mysterious fire broke out in a barn on the estate of Yellow's board chairman, Hertz, near Cary. Eleven racehorses, valued at $225,000, were destroyed, but that year's Kentucky Derby winner Reigh Count was saved by an alert stableboy.

In 1924, the nonunion Checker headquarters got a threatening phone call shortly after police detailed there were withdrawn. "A few hours later, four gunmen drove up and lined all available chauffeurs and mechanics against the wall," the Trib reported.

The following day, the hoodlums returned as promised. One employee was killed and another gravely wounded, and in the dense smoke of the fierce gunbattle the assailants escaped. 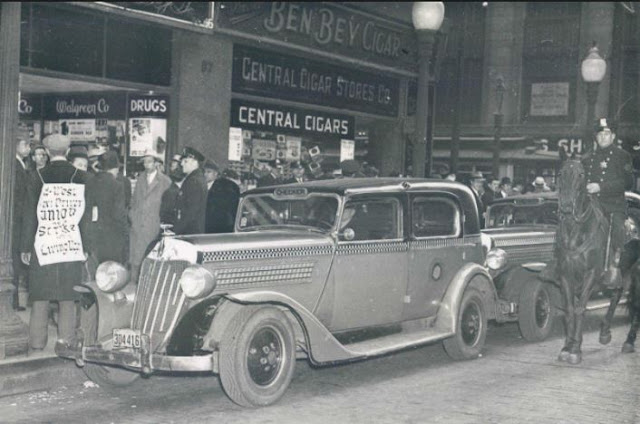 Between 1934 and 1936, the drivers' union underwent a period of internal strife marked by beatings, shootings and the burning of vehicles. A key issue in those years was the hiring of large numbers of lackeys whom management could count on to vote for "stooge" union officers.

Taxi drivers were among the lowest paid union workers at this time. In 1936, cab drivers earned 38 cents an hour compared to 85-95 cents an hour for truck drivers and longshoremen. Even dishwashers earned 50 cents an hour.

By the 1930s the streets of New York City were filled with thousands of taxicabs. During the Great Depression, cab drivers fought against plunging fare and even waged a strike in Times Square. In 1937, Mayor LaGuardia debuted the medallion system as a way to keep the streets regulated.