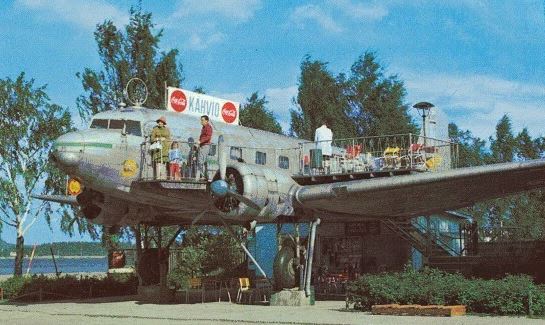 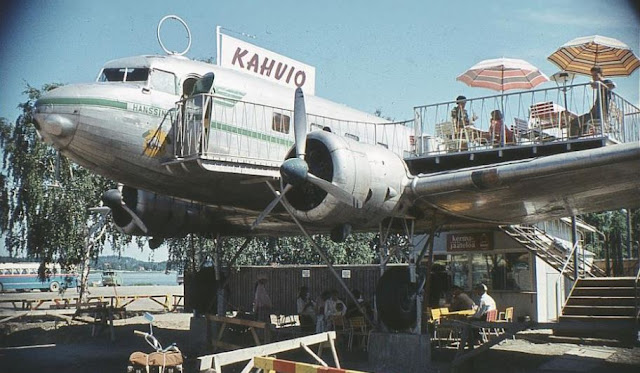 Hanssin-Juka's last flight in the mid-1950s was destined to be scrapped. The chairman of the Youth Department of the Häme County Hunting Association, got the idea of ​​buying a plane.

He made the deal with Hanssin-Juka and with the Ministry of Defense, but ended up donating it to the shooting group his idea of ​​making it a youth café to support of the club's youth work and funding for a new shooting range.

As the aircraft was not licensed for a transfer flight it was disassembled and transported in 1959 and was assembled with the remaining original engines. The machine had a regular café, with light tables and loungers. Walls had photos of the plane and a brief summary of the colorful history of the machine.

The coffee shop started well. The aircraft was also equipped with tourist post cards and souvenirs. 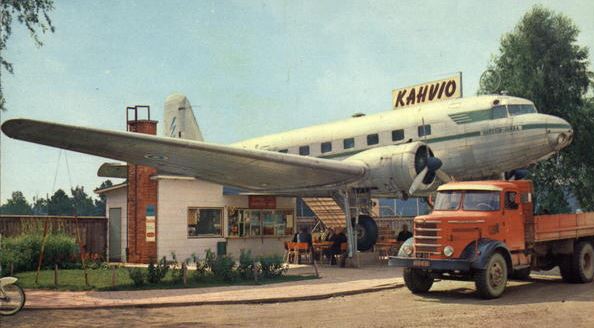 skip to 1:30 for video of it, there aren't any subtitles though