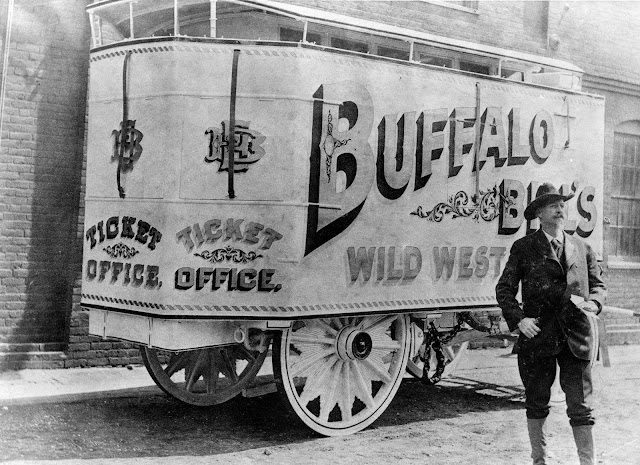 Born in Iowa on February 26, 1846, Cody went with his family, by saddle, to the new western frontier called Kansas before he was eight years old.

When Cody was 10 years old, his father died, and Bill went to work as a teamster in order to help support his mother. He began as a herder and had a small mule for a mount. Through hard work he rapidly advanced and in time became a wagonmaster.

After the Pony Express was inaugurated in 1859, he was 14 and became a rider, making a name for himself for endurance as a carrier.

Later he joined the Seventh Kansas Cavalry during the civil war (17 years old), serving the Union from 1863 to the end of the war in 1865. Later he served as a civilian scout for the US Army during the Indian Wars, receiving the Medal of Honor in 1872.

Among other true stories about Buffalo Bill, was that for a while he had a contract to supply meat to the construction camps along the Kansas Pacific. Within seventeen months he killed, by his count, some 4,280 buffalo with the a breech-loading 50-caliber Springfield, which he called “Lucretia Borgia,”

When the Kansas Pacific suspended work in 1868, Buffalo Bill was 22 years old 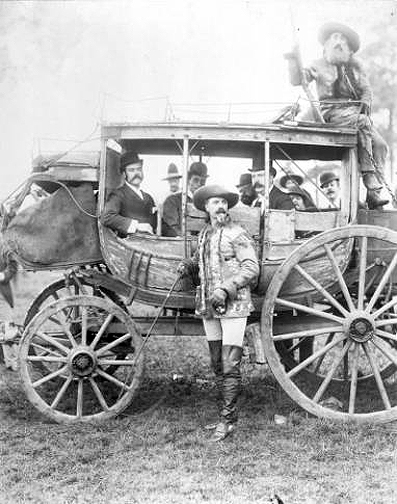 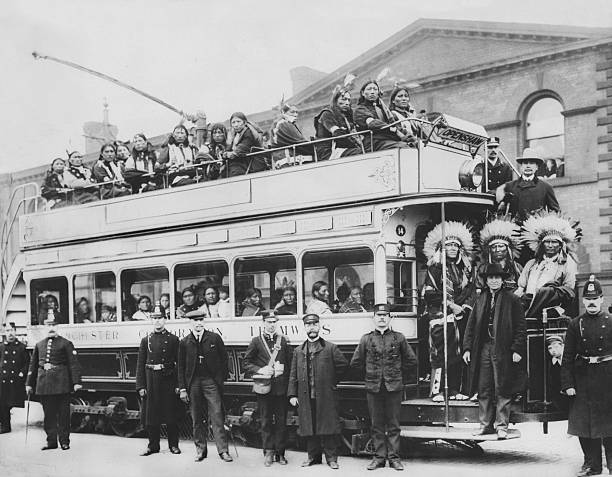 In 1895, Buffalo Bill was instrumental in the founding of the town of Cody, the seat of Park County. Cody first passed through the region in the 1870s. He was so impressed by the development possibilities from irrigation, rich soil, grand scenery, hunting, and proximity to Yellowstone Park that he returned in the mid-1890s to start a town. The town was incorporated in 1901.

In November 1902, Cody opened the Irma Hotel, named after his daughter. He envisioned a growing number of tourists coming on the recently opened Burlington rail line along the north fork of the Shoshone River, to visit Yellowstone Park.

Cody established the TE Ranch, located on the south fork of the Shoshone River about thirty-five miles from Cody. When he stocked it with cattle in the late 1890s, those were relatively prosperous years for the Wild West show, and he bought more land to add to the ranch. He eventually held around 8,000 acres for grazing operations and ran about 1,000 head of cattle. He operated a dude ranch, pack-horse camping trips, and big-game hunting business at and from the TE Ranch. 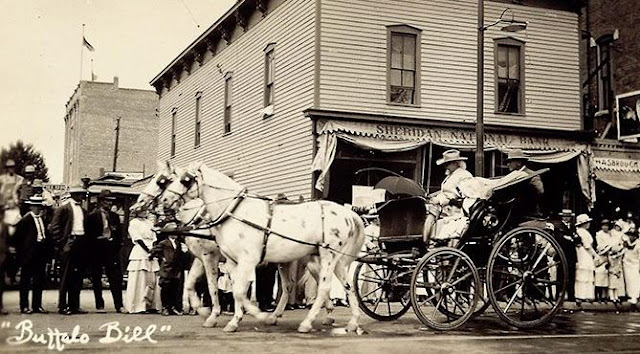