Tank Man, an unidentified man who stood in front of a column of tanks on June 5, 1989 and laid down a "YOU SHALL NOT PASS!" that stopped tanks. 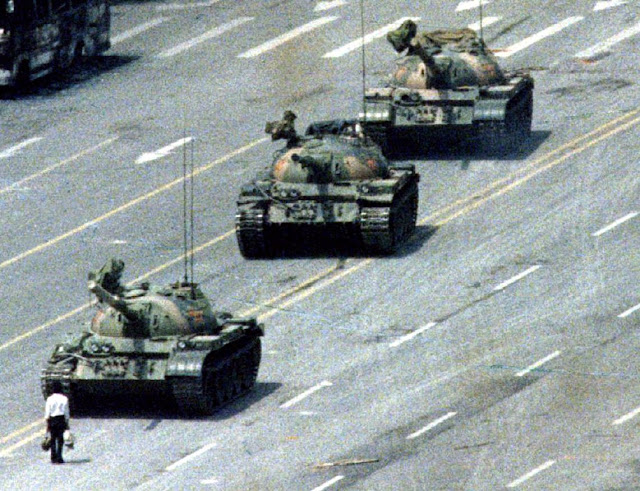 Lets not forget what true bravery is.

Standing up to your govt? Yeah, that is not a walk in the park... but doing so in front of their angry young soldiers in tanks? They had just finished off a day of killing 2600 of your neighbors and fellow citizen protesters.

It was a day after the Tiananmen Square massacre, when Chinese troops attacked pro-democracy demonstrators calling for a free press and less corruption in the news, who were camped on the plaza.

The Associated Press sent Jeff Widener to document the aftermath. As he photographed bloody victims, passersby on bicycles and the occasional scorched bus, a column of tanks began rolling out of the ­plaza.

Just then, a man carrying shopping bags stepped in front of the war machines, waving his arms and refusing to move.
at Tuesday, June 06, 2017