Built in 1892, the beautifully restored Old Red Courthouse became the Old Red Museum, a local history museum, in 2007, and contains some of Dallas' most fascinating historical artifacts. 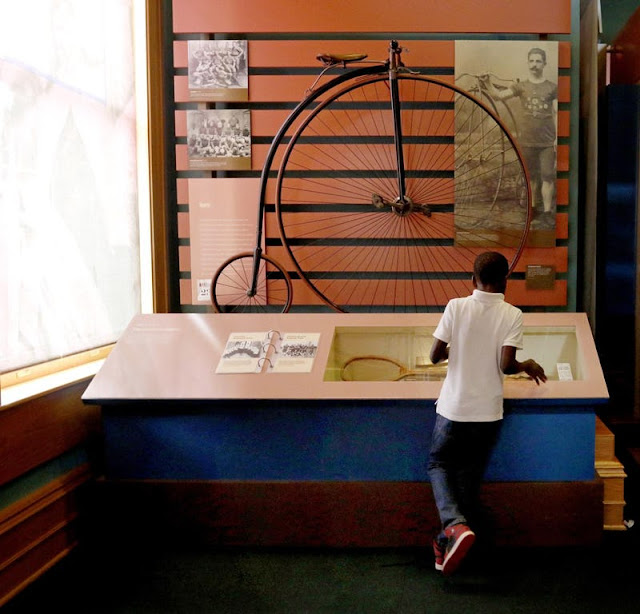 There is a special exhibit gallery on the first floor, while the second floor is filled with exhibits, 41-touch screen computers, an educational learning center and four mini theatres. 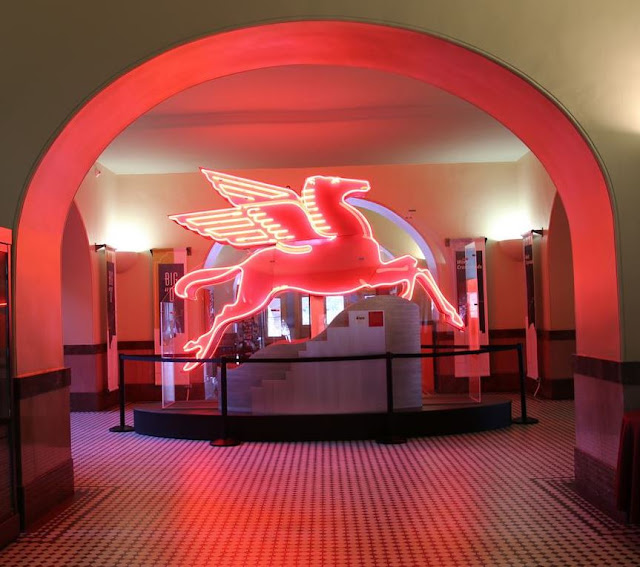 A neon Pegasus displayed at the 1939 New York World’s Fair found its way to a Mobil gas station in Casa Linda, Texas, and later to the Old Red Museum of Dallas County History and Culture – where it’s on exhibit today.

Mobil Oil Company’s trademark has been a feature of Dallas since first welcoming attendees to a 1934 petroleum convention.

The flying red horses began their journey in 1911, when a Vacuum Oil Company subsidiary in Cape Town, South Africa, first trademarked the Pegasus logo. Based in Rochester, New York, Vacuum Oil had built a successful petroleum lubricants business around an 1869 patent by its founder, Hiram Everest, long before gasoline was even a branded product. At first, a stylized red gargoyle advertised the company, which produced early petroleum-based lubricants for horse-drawn carriages and steam engines.

The Pegasus trademark proved to be a more enduring image. In Greek mythology, Pegasus – a winged horse – carried thunderbolts for Zeus. By 1931 growth of the automobile industry expanded the Vacuum Oil product lineup to include Pegasus Spirits and Mobilgas – later simplified to Mobil.