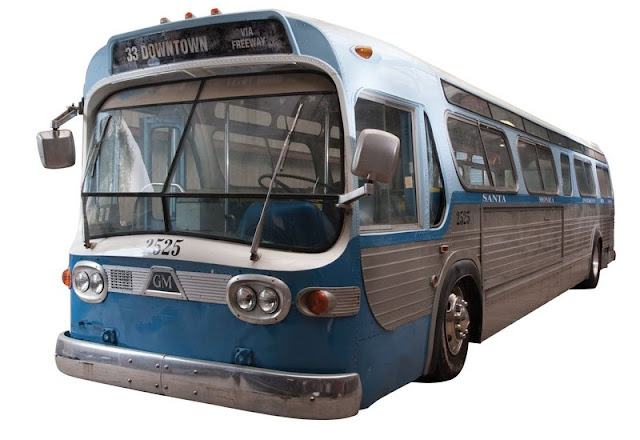 By the time Speed was out in theaters, the buses used were 32 years old, which was perfect for the production at the time. The GM buses were cheap, noisy, durable, and easy to modify, making them ideal for a big budget Hollywood blockbuster.

Though the premise was a bit shaky, Speed was a box office smash and even a hit with critics, leading to one of the dozen buses used in the movie to sell at auction for over $100 thousand.

It is not clear which of these buses from the production that the one sold is from, but it is obviously not any of the three that were blown up. The item was listed as good condition with production wear, which means that it could've been used in the action sequences.

The previous owners acquired the bus from 20th Century Fox after filming wrapped in 1994 and have had it stored ever since.