(on the tv show Riverdale) Archie and his dad might get to fix up an old roadster! (but did they have to make it part of the only musical episode?) If they ever take a break from murder mystery, mafia, gangs, and serial killer storylines 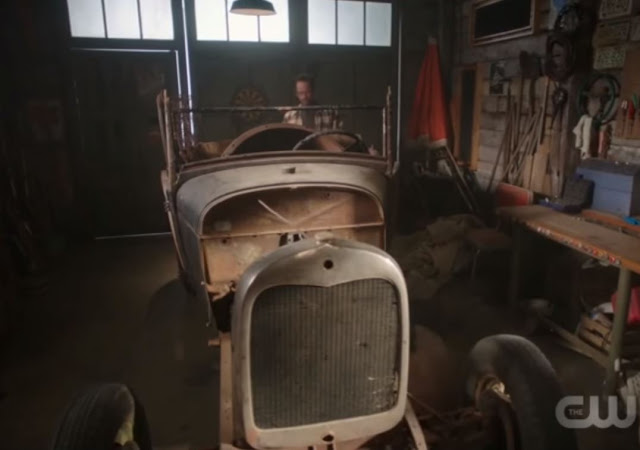 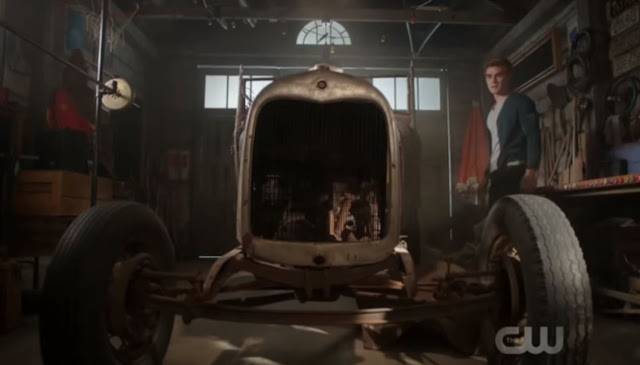 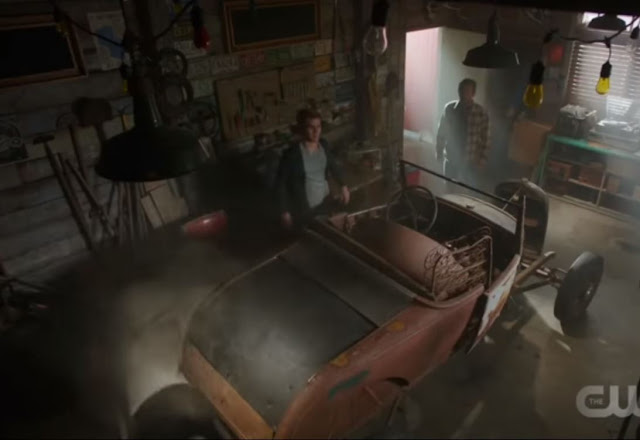 Ok, you might not have even known that they'd made a TV show out of the comic book, but it's mostly in name only, and instead of the 50's timeframe that they had the comic book set in, this is in todays time.... and so Archie didn't have a car until season 2 episode 18 of 22, a Firebird, but then he goes to a junkyard and gets this cool old roadster. A 29 Ford?

According to Wikipedia, originally Archie's car/jalopy was a 1916 Ford Model T. Archie called it Ol Betsy

In one of the later comics, when Archie was asked, he claimed it to be several makes, Hudson, Packard, Pierce Arrow, Chevrolet, Plymouth, etc. Going back to 1926. Because those were all the different types of parts he used in fixing the car.

which had me wondering, what did they use in the Archie comic books? There was the original jalopy (and the actual reason I had to look up the word jalopy when I was a kid first coming across the word) in the earliest comic books, and then story lines changed as they ran out of simple ideas, and the writers became influenced by the increasingly prolific Southern California racing scene 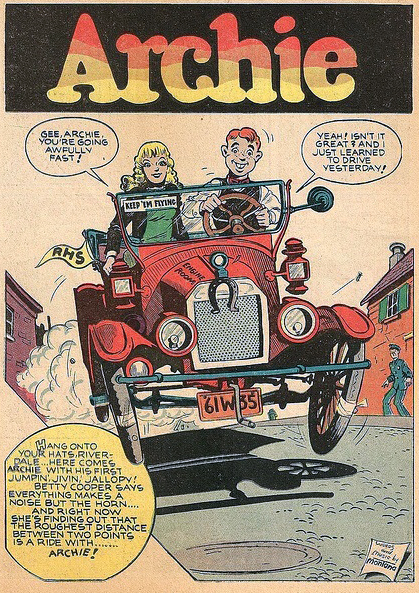 Seems Archie as a comic was started in December 1941, trying to get the Andy Hardy fans to buy comic books, and Archie looked a bit different than the character we know, and the jalopy showed up in 1942 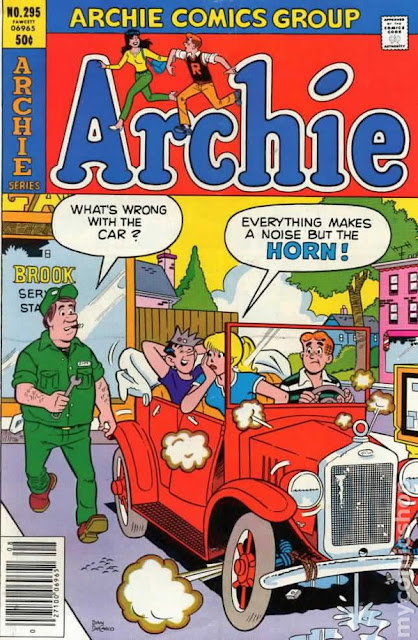 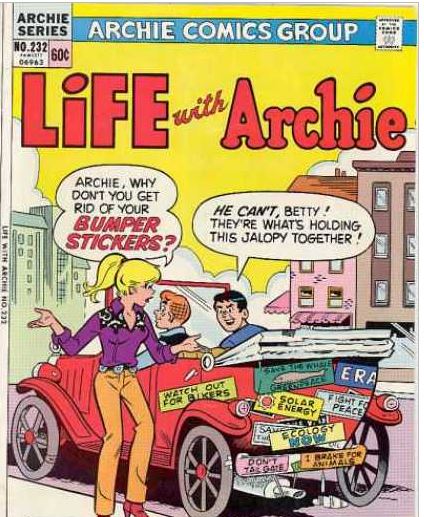 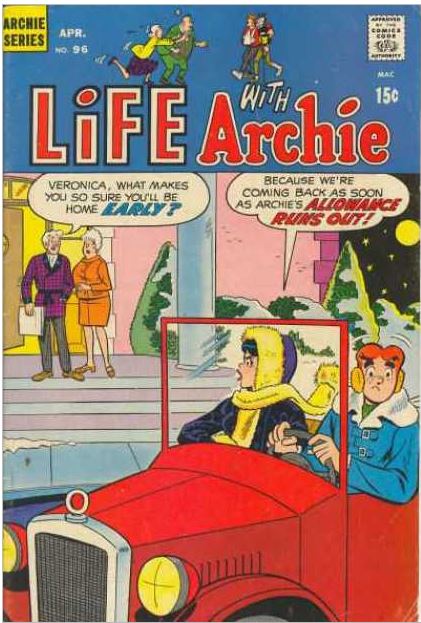 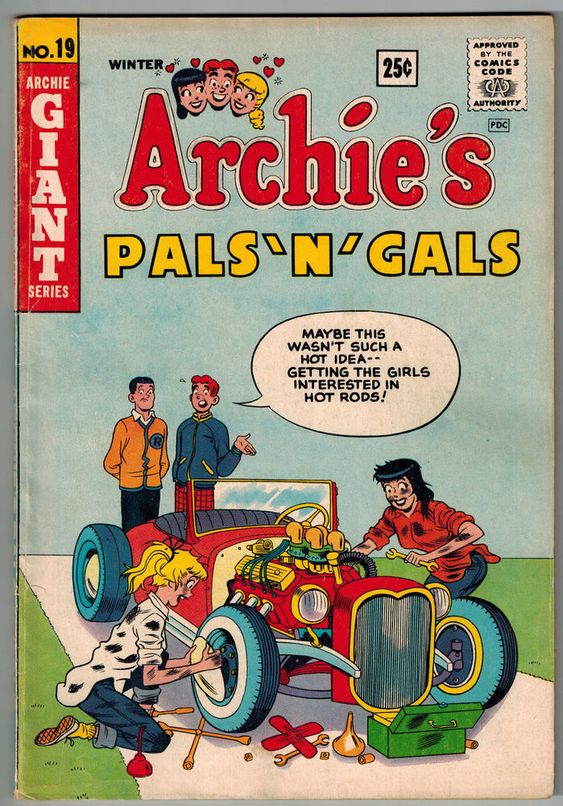 Then a couple hot rods, and some other race cars. 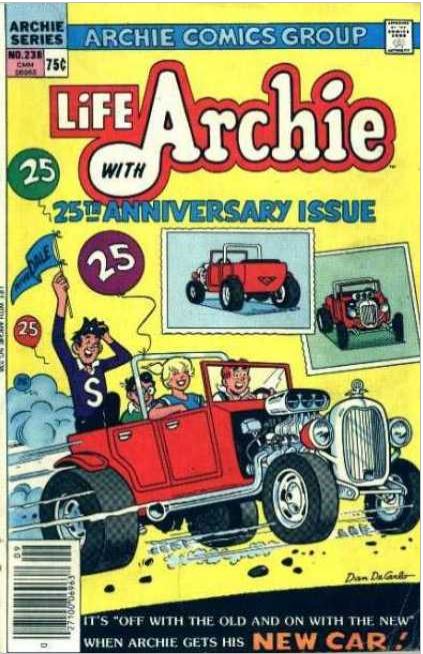 He won this one in a raffle, he only bought one ticket, his friends bought 20 more, all in his name 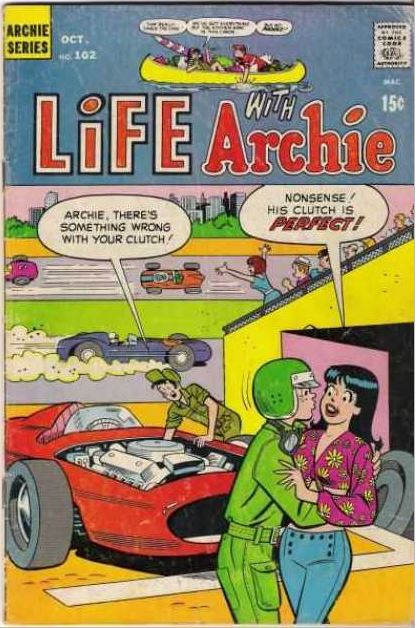 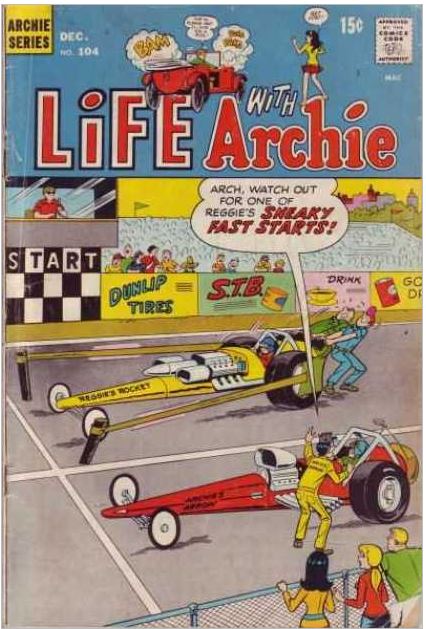 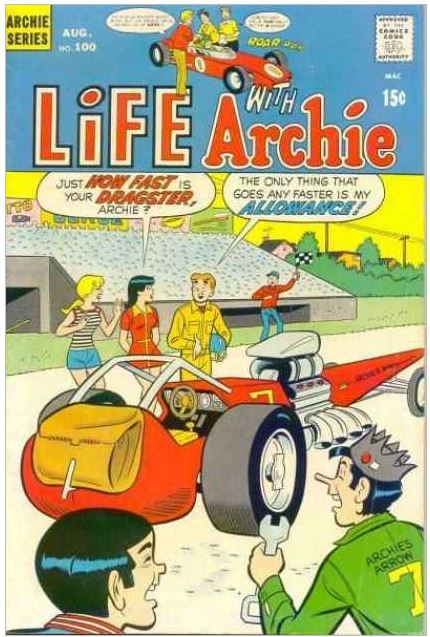 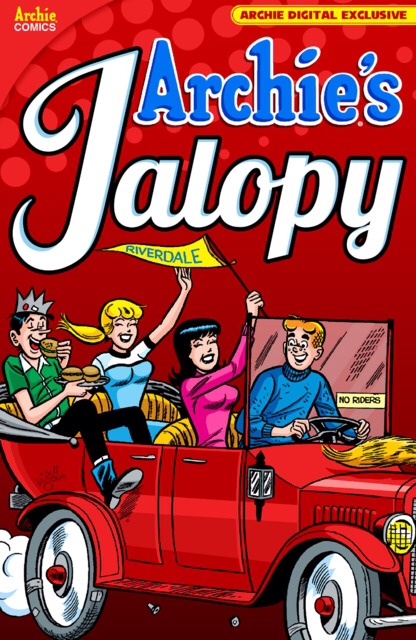