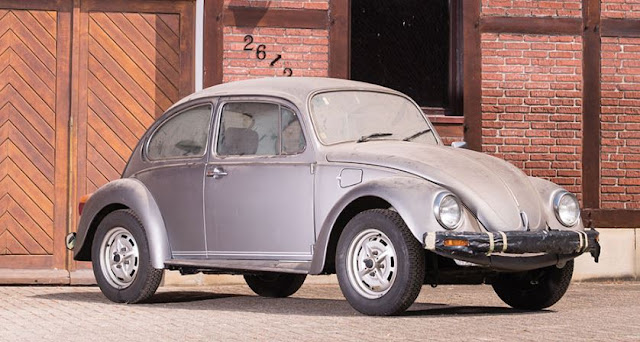 Without question, that offered here must be the most original Jubilee Edition in existence. Showing just 25 kilometres, it still wears its shipboard transport wax coating and wrapped bumpers. The exhaust is still wax-sealed to avoid any corrosion. Purchased in 1985 by its first owner, it was rolled off of the truck and immediately put away for nearly three decades. It has all its original equipment and features, including the Braunschweig Brunswick radio, sports steering wheel, and heated rear window. The car has never been started since arriving in Europe, though the fan belt has been manually turned to keep the pistons from seizing. Furthermore, the car has only been pushed around when necessary, and as the consignor notes, neither he nor the original owner have ever sat in the car. The 25 kilometres showing on the odometer were accumulated during testing after it left the assembly line in Mexico.