back when a Honda Civic wasn't giving the owner enough "panache" someone decided why not market it with the name Avon Turbo Triumph Acclaim. Only 4 are known to still exist 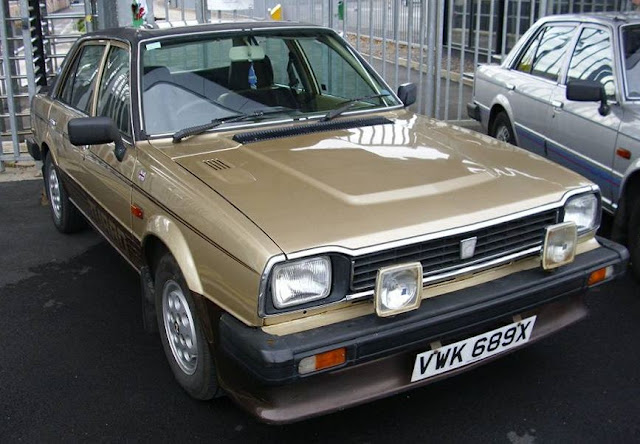 The Avon Turbo had Lunar alloy wheels with 205/60 tires, suede upholstery, front air dam, and side decals. A Turbo Technics turbocharger increased the engine's power output from the standard 70 bhp to 105 bhp. It is thought that there are only four surviving Avon Turbos including the press car.

It should not surprise anyone that Honda would be getting a business going in England, after all, they opened a factory in Ohio and went about making cars in the USA. https://en.m.wikipedia.org/wiki/Triumph_Acclaim

The Acclaim was significant as the first essentially Japanese car to be built within the European Economic Community (now the European Union), to bypass Japan's voluntary limit of 11 percent market of the total number of European sales.

The Acclaim was also a major turnaround point for British Leyland itself, with the car sporting good reliability and build quality from the outset - a stark contrast to the quality issues which had plagued the Austin Allegro and Morris Marina during the 1970s.

The Acclaim holds the record for the lowest percentage of warranty claims for a British Leyland car. 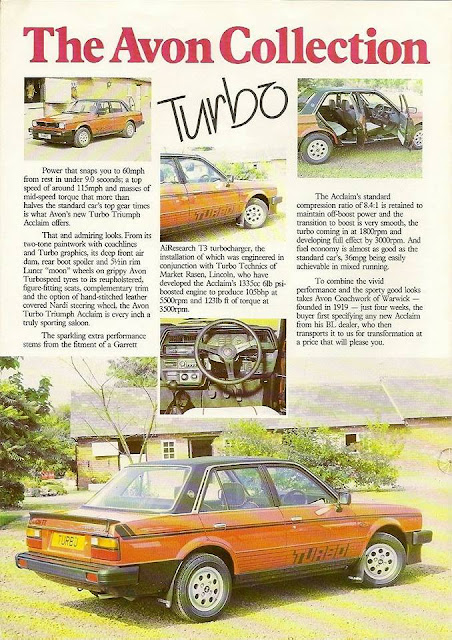