Carroll Shelby and the #98 Maserati 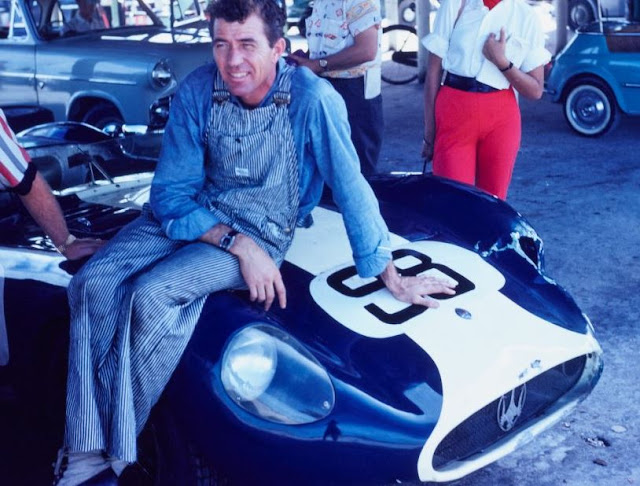 possibly it's the John Edgar  Maserati 450S, in August, at the VIR 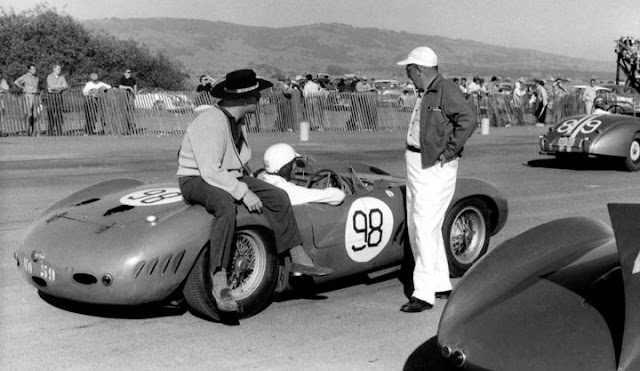 strange but the #98 was previously on Edgar's Ferrari, and Maserati 300S, 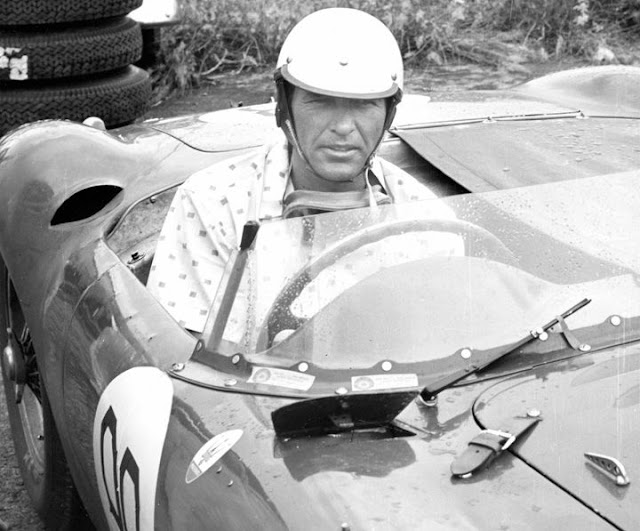 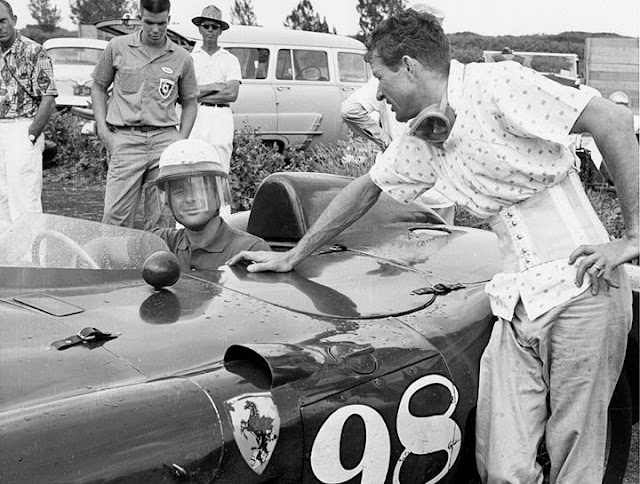 here is the #98 410S Ferrari, and notice the kidney belt Shelby was wearing over the shirt, that in the 300S Maserati. So, cars with #98, same race series, same Carroll Shelby. 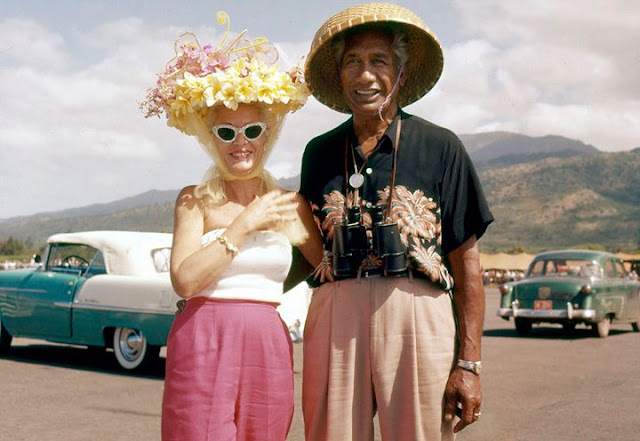 By June, Shelby was racing in the 450S Maserati that Fangio and Moss had used at the ’57 Nürburgring 1000-km, and Moss had raced in the Mille Miglia 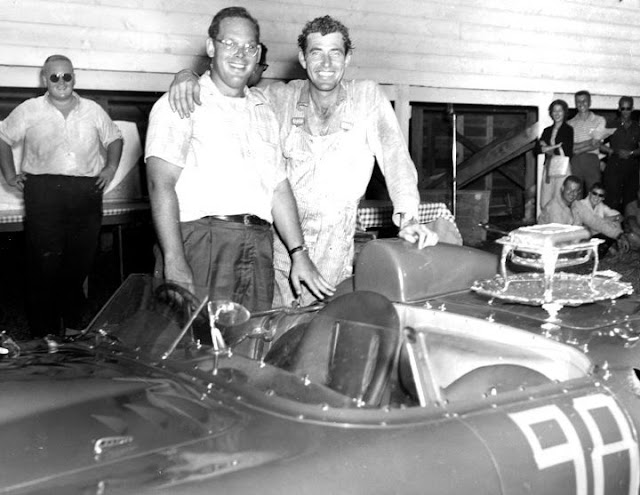 Here he is in the coveralls like the first photo, with the 450S, in August at the Virginia International Raceway (VIR) 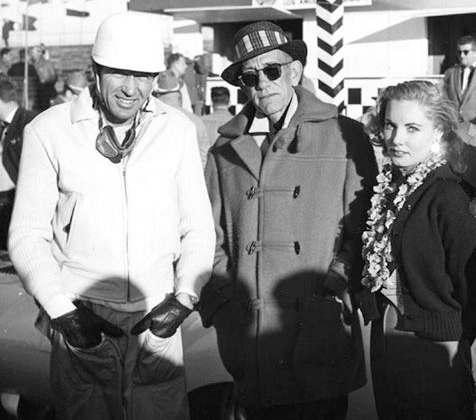 Carroll Shelby, John Edgar, Race Queen Jan Harrison, incredibly beautiful, and the future Mrs Shelby. She was race queen at Riverside on the 17th of Sept, and Nov in 1957