Indian motorcycle taxis, during the late 1920s there were 5,000 of them in Newark, NY and Baltimore, MD 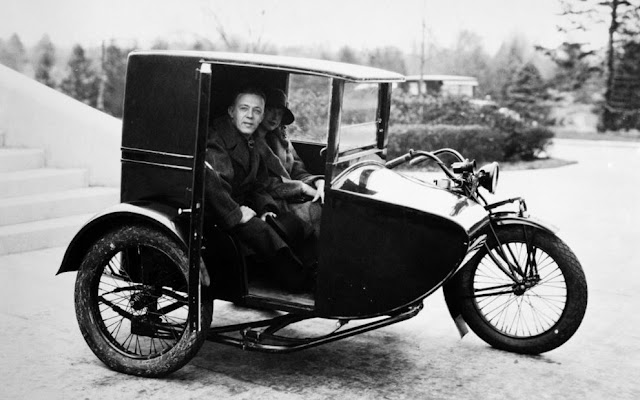 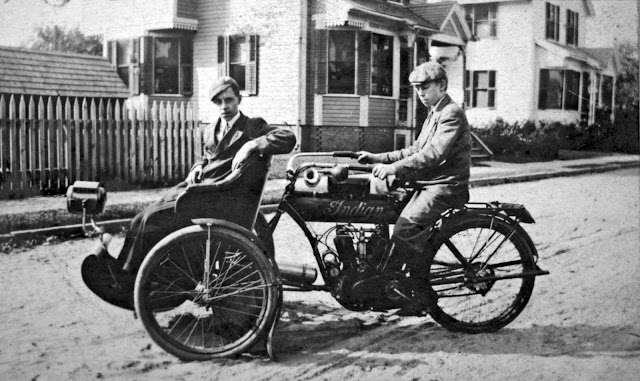 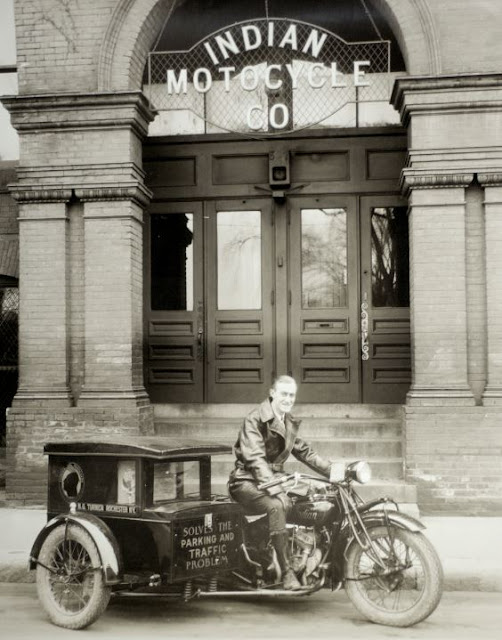 Hendee Manufacturing went into the sidecar business in 1913 and began marketing them with the 1914 line up of motorcycles. Then came WWI. It was the use of motorcycle sidecars as ambulances, machine gun mounts, courier vehicles, and ammunition transport that proved how versatile three-wheeled vehicles could be. The Indian Parcel Car became one of the first post-war production models offered for 1920. 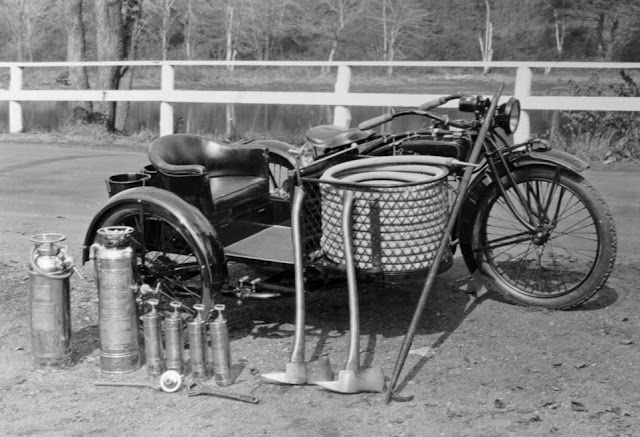 The Indian fire vehicle was equipped with a 25-gallon chemical tank and pump, two 2 1/2-gallon extinguishers (one foam and one soda-acid type), 100 feet of chemical hose, four 1.5-quart carbon-Tetrachloride extinguishers, a fireman’s axe, two steel brooms for grass fires, a pike pole, and a crowbar. Powered by a Chief 74, it carried two firemen and the company claimed the half-ton Indian Chief Fire Patrol could reach speeds of 65 mph. Built in conjunction with American La France they were designed for rapid response and small fires.