Jesse Owens, one of the most famous Olympic athletes ever, worked at a gas station once 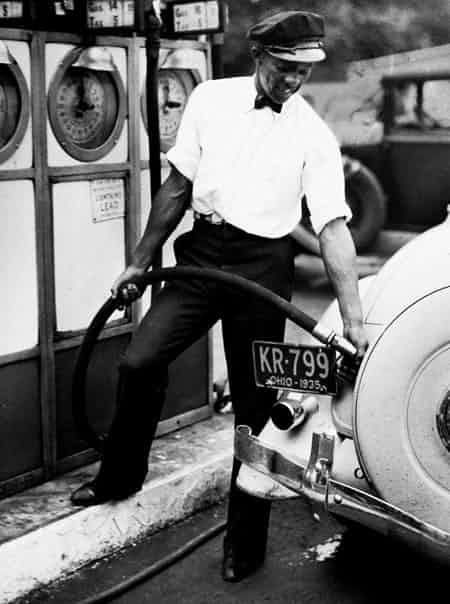 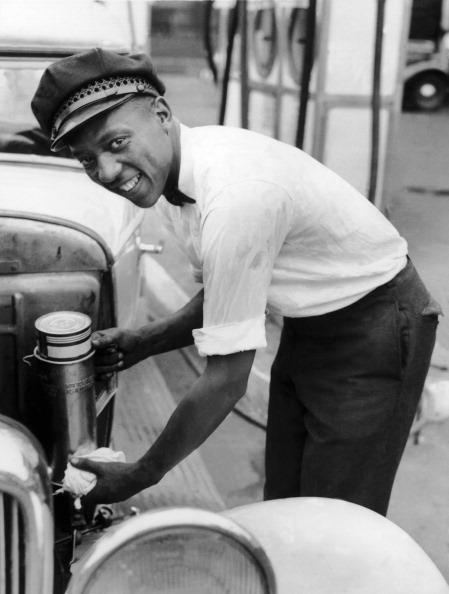 because no matter how great at athletic competition, the athletes had to maintain a job to earn a living, and an amateur athletic status back then.

he took on some racing exhibitions against other runners, even motorcycles and cars - after returning home from the Berlin 1936 Olympic Games with 4 gold medals, as one of the USA’s most successful men’s track and field athletes of all time. He needed to earn money to provide for himself, his wife, and his daughter

Owens also reverted to the type of employment that had supported him through Ohio State University, when the absence of a sports scholarship had forced him take a $100/month job as a lift operator.

In the years after Berlin, Owens was variously a petrol station attendant, playground janitor and manager of a dry cleaning firm.(of the first two jobs, so was Duke Kahanamoku, after his Olympic glory... honest jobs weren't anything to scoff at)

Appointed director of national fitness by the wartime US Office of Civilian Defense in 1942, Owens is hired by Ford as assistant personnel director of African-American workers. Promoted to director, he switches to PR. Three years on he moves to Chicago and sets up his own PR firm.

By the way, his name wasn't Jesse. It was James Cleveland Owens, and a teacher screwed up when he replied that his name was JC, and the elementary school teacher heard Jesse, and that stuck.

He was a high-school athletics star but chose Ohio State University, which had no track scholarship program. He worked as a lift operator, at a gas station, as a waiter and an Ohio Statehouse page. 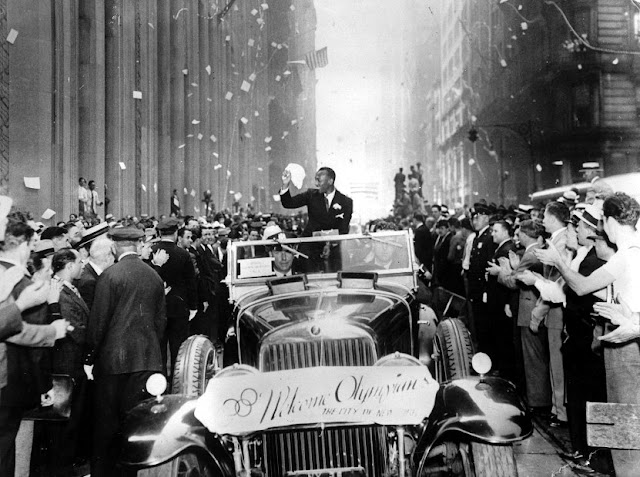