the last nose art for a WW2 bomber from Disney artists, for Swamp Ghost 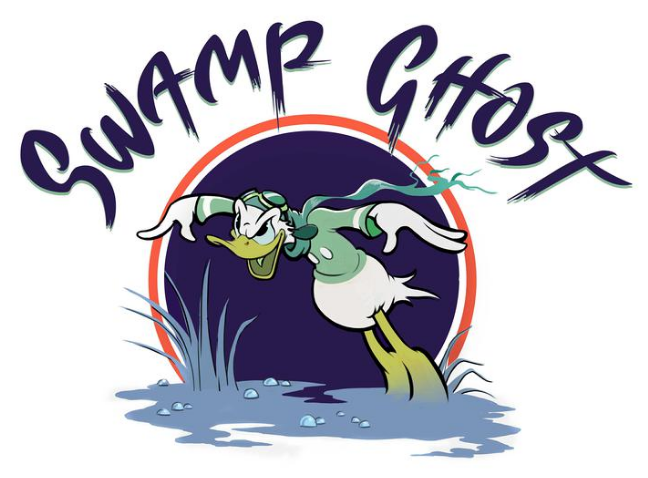 To honor the World War II-era B17 Flying Fortress, “Swamp Ghost,” artists Mike Gabriel (director, “Pocahontas,” “The Rescuers Down Under” and the Oscar-nominated short, “Lorenzo”) and Klay Hall (director, Disneytoon Studios “Planes”) worked to create original nose art, to be exclusively displayed at the museum.

“We hope that the creation and display of the Swamp Ghost nose art serves as a tribute to aviation history and to all those who serve,” said Greg Coleman, VP, Walt Disney Animation Studios and Disneytoon Studios Worldwide Marketing.

The plane was carefully extracted from the swamp and has been exhibited in its “as is” condition since 2014 at the Pacific Aviation Museum. https://justacarguy.blogspot.com/2014/03/i-have-just-learned-of-swamp-ghost-b-17.html

“My fervent hope was to do honor to the insignia and nose artwork that the Disney artists created back in the 1940s during the war, by doing a Swamp Ghost design that was totally convincing to the time in which the Swamp Ghost was flying,” said Gabriel. “Klay and I analyzed every aspect of the nose art designs that were created to try and convincingly capture the look, feel, and colors of the time, in order to authentically transport the viewer back to the time. I hope when people see the nose art Klay and I have created, they sense the deep attachment and commitment we have to this exciting project.”

“This is not only an honor for us to be a part of, personally,” said Klay Hall, “it is in remembrance and tribute to our fathers and grandfathers who served their country during that time and those that serve today.”