Yikes, BMW has a big problem, as a result of a small EGR on diesel models. Complete loss of regard from an entire industrialized nation 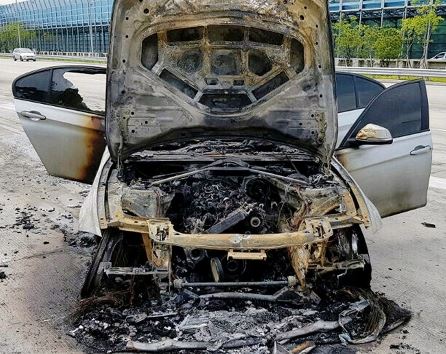 BMW first acknowledged a defect with an exhaust gas recirculation (EGR) cooler in July, in models built from 2011 to 2016 and recalled 106,000 vehicles in South Korea in the wake of the engine fires.

In August, the South Korean government went so far as to ban several models from the roads. Then, on Aug. 30 as apart of their investigation, police in South Korea conducted a raid on the BMW offices in the capital city of Seoul.

It’s not just isolated to South Korea. There are more than 300,000 affected cars in Europe as well and BMW is working to replace the defective parts. No an why only vehicles in South Korea have caught fire.

So far, BMW has recalled more than 100,000 of its defective vehicles in South Korea this summer after 40 of the diesel models mysteriously burst into flames. Now parking garages turn BMWs away, desperate BMW drivers must park in the street when going to work, and “BMW phobia” is trending on social media.

Many parking lots and garages throughout the country have turned BMW drivers away due to the fear of these engine fires. South Koreans sharing their fears and photos of BMW flam·bé on social media, which caused "BMW phobia" to become a trending topic in the country.