the topless Jeep on the beach event went crazy, a couple women got in a fight, two men joined in, one with a pistol, and he then shot two innocent bystanders. Sooooo that's all there will be of that event. 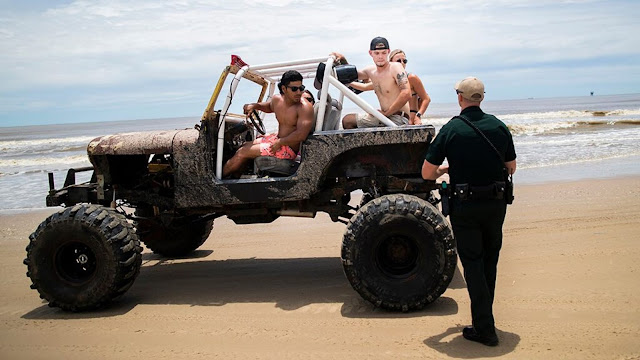 The Sheriff’s Office said a fight that broke out Saturday night between two women escalated when two men joined the fray. One of the men, they said, then opened fire, injuring two bystanders who had to be airlifted to local hospitals

I'm guessing the clown with the pistol knew he was going to have to shoot someone because his girlfriend was going to shoot her mouth off and piss off people. Just a hunch because I am old and have seen plenty of morons

Authorities reported at least 183 arrests. Those taken into custody were charged with offenses ranging from driving while intoxicated to unlawful possession of a firearm by a felon