When the Avro Lancaster started production, Alex Henshaw was test flying them... and while reaching maximum speed, diving to check aileron balance, a life raft hatch in the starboard wing detached itself, and the 9 man inflateable raft escaped and wrapped itself round the starboard rudder. 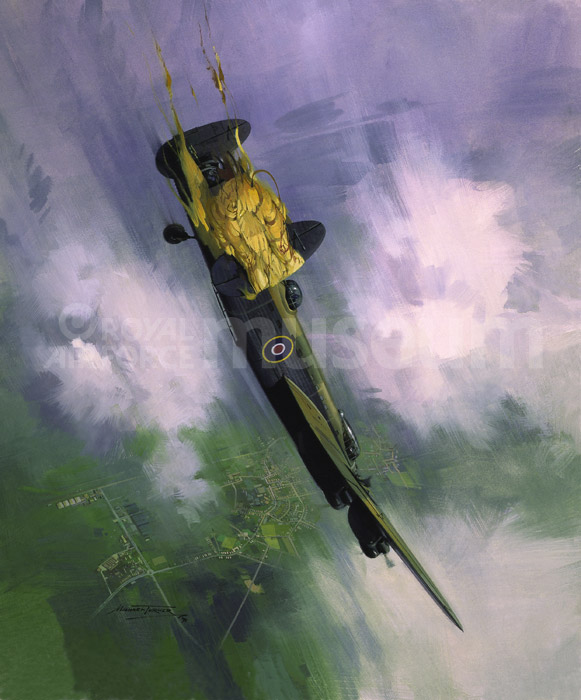 now THAT is a unique experience to complain to the aircraft design engineer supervisor about!

The controls were of no use, and the crew was unwilling to bail out... but the winds at hundreds of miles per hour were turbulent enough to wrench the inflatable raft off the rudder

How'd Alex come to be the test pilot? Well, he made a name for himself in the King's Cup races against legendary pilots like de Haviland. He also set a record for fastest solo flight to Cape Town from Gravesend that still stands. He remains the only man to victory roll a Lancaster.

Also, due to his testing of the Spitfires, the problem of hardening the skew gear was identified... and when the skew gear failed (a dozen times during early testing) the magneto stopped, and all engine power was lost... causing a sudden and unpredictable need for a landing, whether the plane was over a decent landing zone or not. Correcting the hardening process saved an unknown number of RAF pilots lives, and planes