a very unique dragster..... the Hawaiian 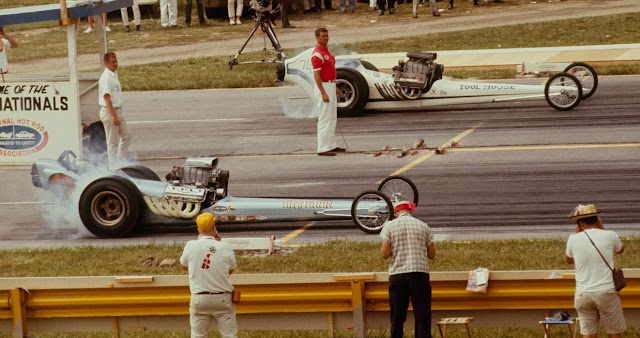 One car that stands out in Top Fuel from more than 50 years of winners and losers, and that is the Hawaiian dragster of Roland Leong from the mid-1960s.

Winning the two biggest national events on the NHRA calendar is reward enough, but winning both back-to-back has been too difficult to repeat so far in the annals of drag racing.

Another back-to-back oddity was coming back from both their 1965 and 1966 Nationals win, the towing rig crashed.

The dragster was shipped to Europe for the Coca Cola Cavalcade of Stars, and ended up at the National Auto Museum in Turin, Italy, where it has reposed for decades, though numerous individuals from the U.S. have tried to buy the car.