The 1969 Limited Edition Mustang E, a car I've never heard of until now. Not to be confused the the "4.1 Liter Special" though they are both 1969 Mustangs with a 4.1l engine 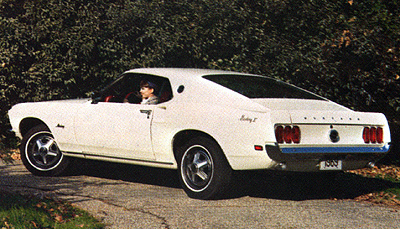 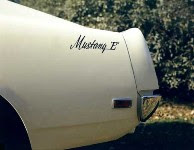 While 1969-model-year cars were offered with a wide selection of V8s engines, ranging from 289 to 427 displacements, the Mustang E got its juice from a 4.1-liter 250 ci inline-six called the "Thriftpower"

Although it wasn’t the first six-cylinder available in the Mustang, the 250 incher was new for 1969 and came with a three-speed automatic (the C-4) equipped with a high stall torque converter and a high 2.33:1 rear axle ratio.

Output was rated at 155 hp and 240 ft lbs, identical to the standard six-cylinder, but the torque converter and revised ratio made it significantly slower.

Styling-wise, nothing set this car apart from the standard model except for the “Mustang E” letter on the quarter panels. Inside, it was again identical to the regular pony, but it didn’t have air conditioning

About 50 were produced. Ironically, this makes the Mustang E one of the rarest Mustangs ever built, more so since many have been converted to Mach 1 replicas.

The 1969 Mustang E is remarkable not only for its rarity, but also for the way it anticipated by more than four years the oil crisis of 1973

the "4.1 Liter Special" had about 150 made according to the Marti report, for the Indiana district under 6 different DSO#s.

It is known that each of the 150 cars was equiped with the following: 250-1V I-6 Engine
C4 Transmission
2.79 Rear End gears
Sports Appearance Group (aka Non-functional Hood Scoop)
Dual Sports Mirrors (black on the orange cars, white on the green cars, yellow is unknown).
Tape Stripe (white-gold-white)
E78x14 white wall tires
Standard hubcaps
AM radio
at Friday, January 13, 2017