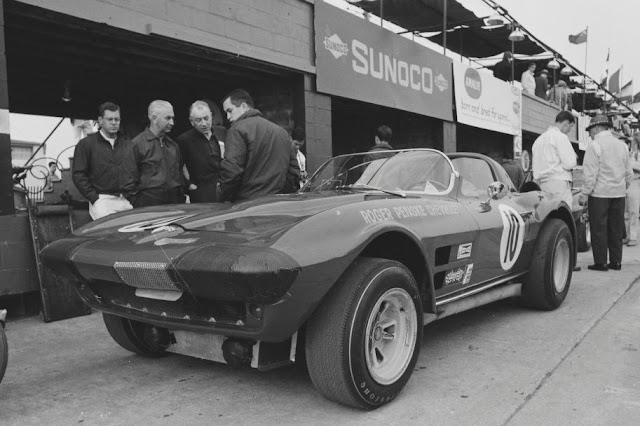 Only two Corvette Grand Sport Roadsters were built and Roger Penske bought both of them.

Chassis 001 was picked up from the GM factory and prepared for the 1966 Sebring 12 Hour event. Prepared by Traco and upgraded with a 427 ci "Daytona Mystery Motor" topped by a single Holley carb.

To minimize time spent in the pits an air jack/oil/water system was added to the Penske Roadster. A set of three valves on the right fender allows compressed air, oil and water to be delivered quickly and easily. If not driven carefully, the Penske Roadster could actually pick its front tires up off the ground during acceleration, so a large front spoiler was added to combat lift under acceleration and at speed.

Driven by a couple of Dicks, Guldstrand and Thompson, it made its racing debut racing against Ford GT40s, Ferraris, Chaparrals and Porsches. The competition was two years more advanced, but nothing could keep up with the Grand Sport in a straight line. A.J. Foyt, driving a GT40 Mk II at Sebring that year, was heard to say: "What's in that damn dinosaur? It went by me like I was stopped!" 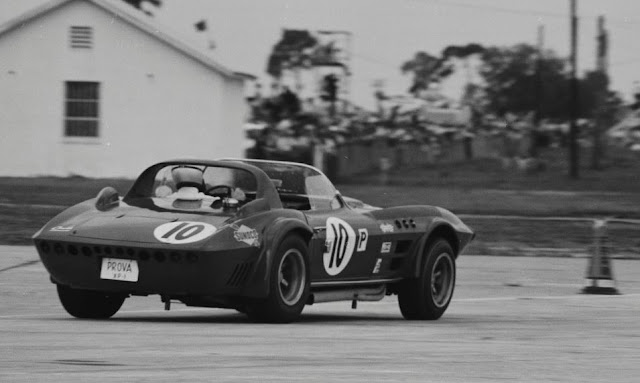