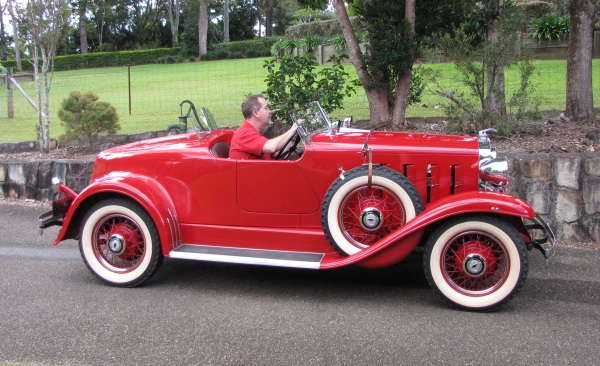 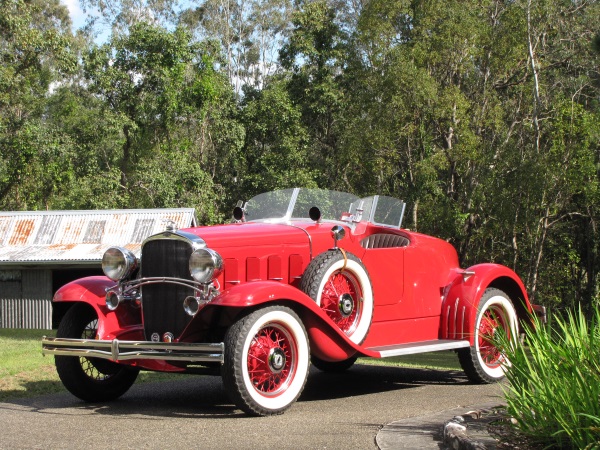 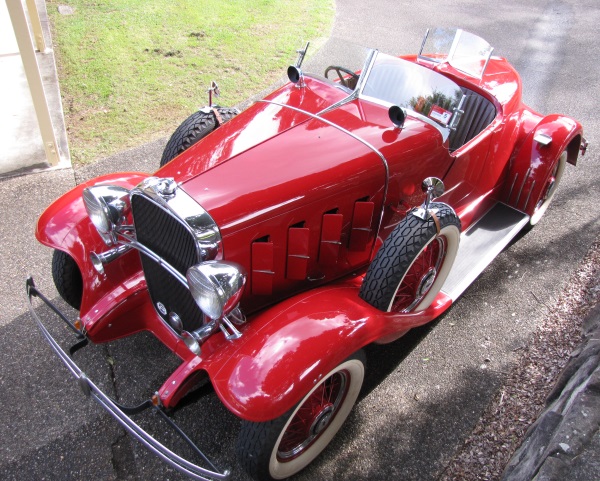 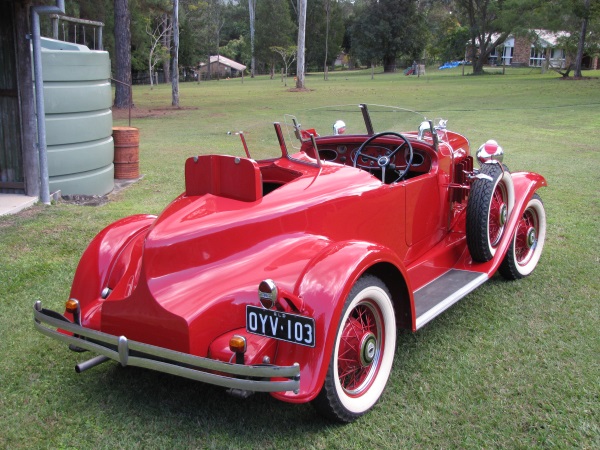 Moonlight Speedster body numbers date from 1931, and it is known from 1931 newspaper reports that five Moonlight Speedster cars were built as the 1931 Chevrolet models were launched around the same June day in the five major capital cities: Melbourne, Sydney, Adelaide, Perth and Brisbane and each capital city had a Speedster on display.

The car's primary role was to highlight the 1931 Chevrolet range under the new GM Holden merged Company, a Hero car with dramatic and sporty design to get buyers into Chevrolet showrooms.

From the firewall back the Moonlight Speedster bodies are hand formed aluminium with the standard firewall steel pressing bolted to the cowl by two timber frames. Moving back, the boat-tail is constructed of 17 pieces of welded aluminium fitted with a timber frame.

The Chevrolet Moonlight Speedster design was copied from the 1929 - 30 Vauxhall Hurlingham. Vauxhall was also a GM company as is Opel of Germany. It seems likely Vauxhall took out a registered design on the Hurlingham's stunning shape.  The Hurlingham was a slightly larger car, sitting on a 123 inch wheelbase compared to the Chevrolet Monnlight Speedster's 109 inch wheelbase. Opel also produced a similar shaped car in 1932, the Opel Moonlight Roadster with a 1.8 litre six cylinder engine.