This genius decided to drive his entire truck into the Yakima River so that he could top off his radiator. (or he was a moron using drugs, and that was the best excuse he could come up with) 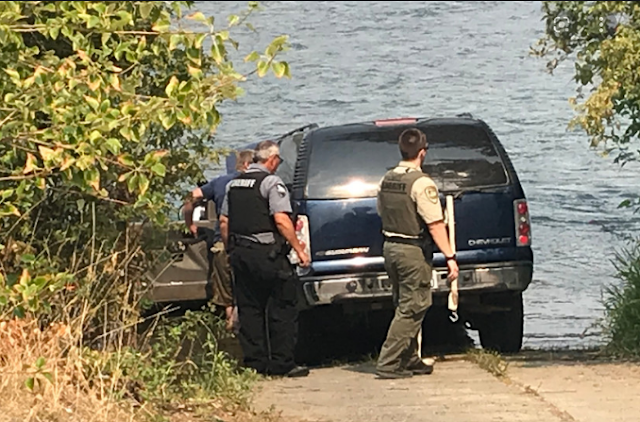 His plan of filling up a radiator in the Yakima River did NOT work.

According to YCSO, the owner of the vehicle told them he had replaced the thermostat in the vehicle and needed to fill the radiator with water.

Emergency crews in the city of Yakima, Washington, responded to calls at around 11am on Tuesday from multiple local residents reporting seeing a blue Chevrolet SUV in the water of the Yakima River, according to local NBC affiliate NEWS4SA.

Deputies from the Yakima County Sheriff's Office responded to the scene and found the vehicle in the water and the car's owner nearby, before emergency crews then towed it back out of the river.