Last weekend, there was a neighborhood power outage during a wedding. Thankfully their Ford employee friends used their F-150 PowerBoost hybrid with Pro Power Onboard to bring the party back to life 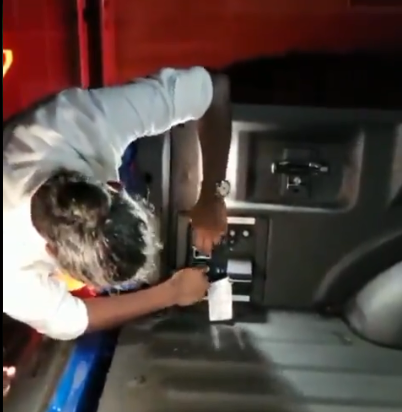 Ford CEO Jim Farley tweeted a video of the F-150 wedding incident on Wednesday, thanking the Ford employees for their ability to "bring the party back to life!"

All of a sudden, the whole backyard turned black.

The music stopped. The lights went out. Everyone just stood — still.

Sadness filled the air. The wedding party had to end. No one could see anything.

"I thought, 'Oh, crap.' But then we heard a generator across the street go on," said the groom Vetrivel Chandrasekaran, 31, a mechanical engineer from Farmington Hills. "And this friend, Harish, said, 'Yo. I have an F-150. I can just plug it in.' I said, 'Wait, that could actually work?'"

So, on that weekday night around 10 o'clock in August, after a big rainstorm delayed the reception nearly two hours already, this happened:

They plugged in power cords for tent lights, music and a massive sound system with speakers, amplifiers and microphones. The truck itself had four power outlets but multiple items were plugged into power strips and those were plugged into the truck.