Judy Lilly's 1967 factory-sponsored Super Stock Plymouth Belvedere I that legitimately did tire-smoking combat during the Super Stock wars of the 1960s, with only 26694 on the odo, is heading to auction. 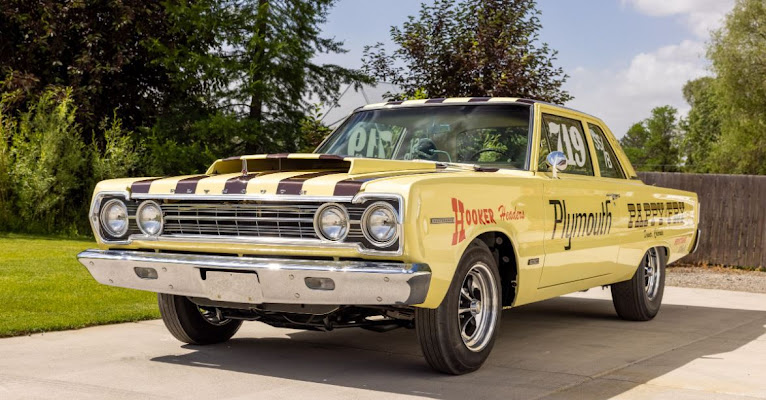 this is one of only four known Belvedere I two-door sedans – as opposed to the more common pillarless hardtop – to be factory-fitted with a 426 Hemi,
one of just three four-speed cars,
and the only one known to have been a factory-sponsored race car.
The engine is a correctly dated 1967 426 Hemi running open headers that was assembled by Dick Landy Industries in Los Angeles before the Mopar legend Landy passed away in 2007
https://www.hemmings.com/auction/1967-plymouth-belvedere-1
at Sunday, July 25, 2021