Dusty Hill has left the building. He made this world a better place for the past 72 years, and rocked with ZZ top since 1970 (‘Shuffle in C' is simply fantastic ), with the coolest damn series of videos a high schooler in the 80s could appreciate 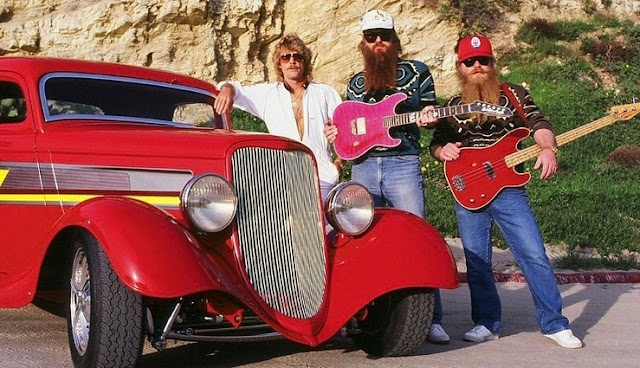 the band took a three-year break following the release of 1976’s Tejas, during which Hill took a job at Dallas/Fort Worth International Airport.
“I just wanted to feel normal,” Hill said in 2019. “I did not want other people to think that I thought I was full of myself, but the main thing is that I didn’t want to start feeling full of myself. So I did it to ground myself.”
During the downtime, Hill grew his beard
I did not know that Dusty is a nickname, his real name is Joseph, and Frank Beard is his brother.

In 1984, after the amazing success of the 1983 Eliminator album, Dusty made headlines when he accidentally shot himself in the stomach. As a girlfriend was taking off his boot, a .38 Derringer slipped out, hit the floor and went off.
https://www.theguardian.com/music/2021/jul/28/dusty-hill-zz-top-bassist-dies-aged-72
https://variety.com/2021/music/news/zz-top-bassist-dusty-hill-dead-dies-1235029656/
https://en.wikipedia.org/wiki/Dusty_Hill
https://www.nytimes.com/2021/07/28/arts/music/dusty-hill-dead.html
at Wednesday, July 28, 2021