1969 Playmate of the Year Connie Kreski would receive one of the coolest muscle cars ever built a Shelby GT500 Fastback and the only Shelby that was ever painted pink. 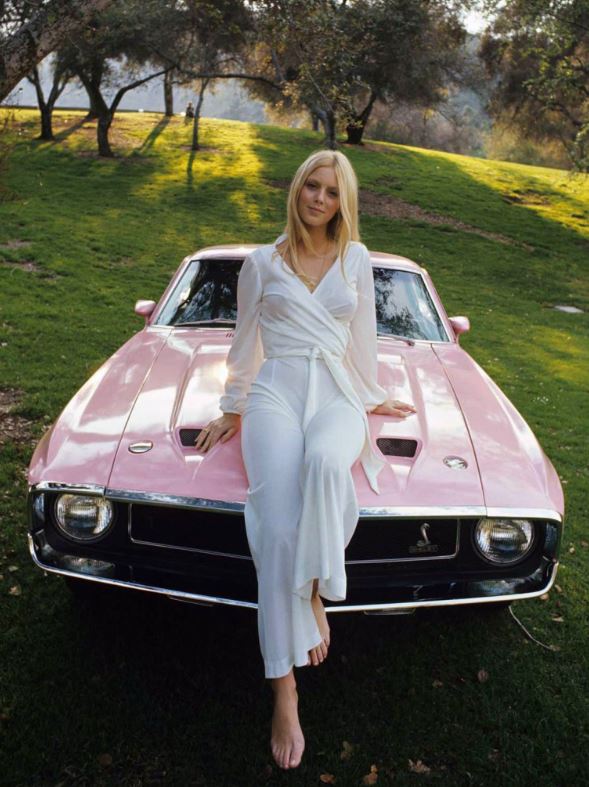 these are the only two photos ever taken with her and her GT 500... so, I'm guessing she did the publicity photos, and the car was taken back to the dealership, and she opted for the cash value instead

Serial number 1027, with its Ford vehicle identification number being 9F02R481027 was painted pastel gray by the factory, then playmate pink after it was bought for the Playmate. After that is the mystery every original Shelby Mustang lover has wondered at least once. It’s not in the Shelby Classic registry, and I’d think they’ve looked the hardest. 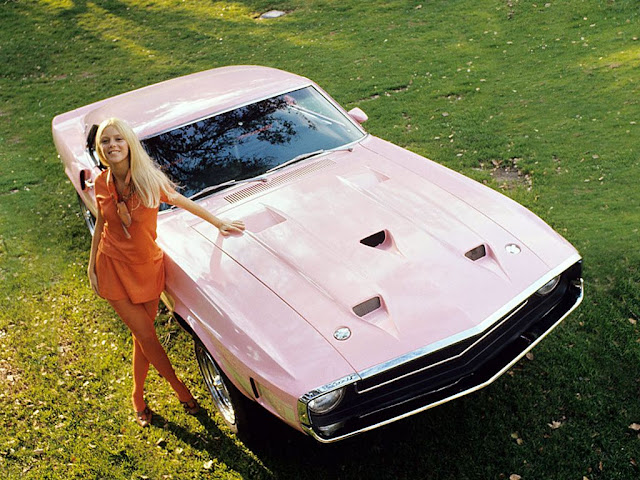 In addition to the Shelby, she also received a Schwinn Varsity 10-speed bicycle, Harley-Davidson M-65, 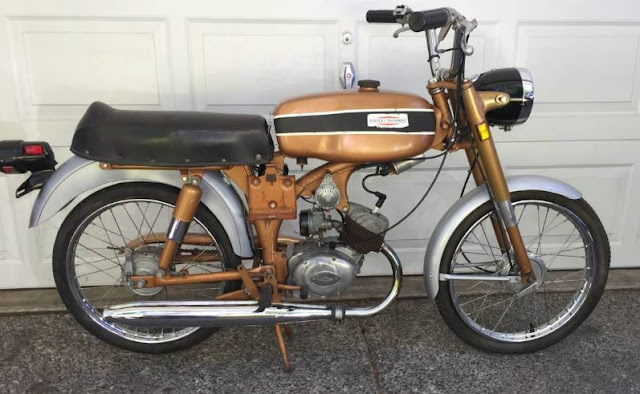 a pair of skis, a fur-jacket by Alpers Furs and an outfit by Peter Kennedy, an Arctic Cat Panther snowmobile with riding outfit, a Jantzen swimsuit with scuba diving equipment by US Divers, a pool cue, jewels, cosmetics, an AM/FM car-stereo, Champagne, and a typewriter.

I added the extra stuff, because I thought it remarkable that besides the car, there were ANY other gifts. But then, take a look at the earlier car give a way to the 1964 PMOY 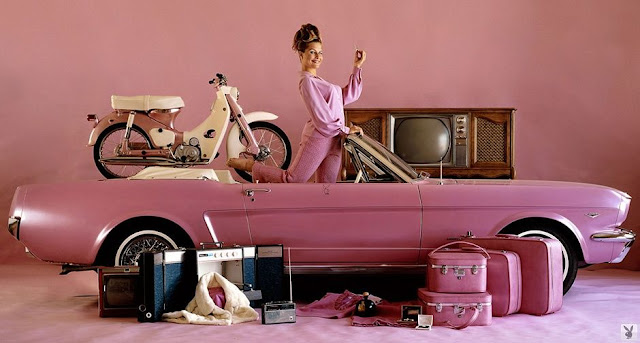 There you have it, for winning the contest between the 12 playmates, there were some interesting gifts, and I wonder if the little motorcycles were used much either.

Kreski was even mentioned in the L.A. Times story about the murder of Sharon Tate. As a member of Tate’s social circle Connie had been invited to the infamous party, but she had declined the night that followers of Charles Manson paid a deadly visit to the mansion on Cielo Drive.

In 1969 Connie landed roles in two films, but both flopped, and she lost her one shot at catching a rising star and by 1970 she had a hard time finding work in Hollywood.

Like so many other young people who try, she didn't find the winning golden ticket, or spouse, and poof, she pretty much falls off the radar, dying at age 48

but while I'm looking up playboy related Shelby Cobra Mustangs;

Shelby and Playboy had a long history of working together, Shelby often placed ads in Playboy and in 1968 ten Shelby Mustang Convertibles served as house cars for the Playboy Mansion at Lake Geneva -  about equal distant from Milwaukee, Madison, and Chicago, and about 30 miles inland from Lake Michigan

In April of 1968, the Serial Number 8T03S173659-02057 was intially sent to Northwestern Ford in Milwaukee, Wisconsin. Along with nine other convertibles, 2057 was taken to the newly opened Playboy Mansion in Lake Geneva, Wisconsin. Minar Ford in Minneapolis also supplied cars to the mansion. 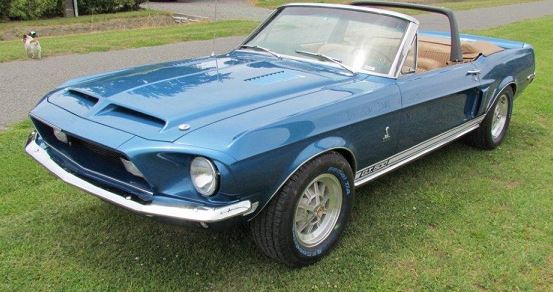 2057 then attracted the notice of Don Adams, "Get Smart" lead actor, who used it in 4 episodes, then it went to Courtesy Ford in Denver, sold used, and returned to the dealership a year later in trade for a newer car in 1970. Then it next showed up in 1996 in a Canadian collection, then in 2010 it was in Japan being sold to a New Zealander

These cars stayed at the mansion anywhere from one month to as long as six months. It is believed they were used by staff and special guests. A Grand Opening Parade was held in conjunction with the opening of the mansion. All ten cars participated in the parade. 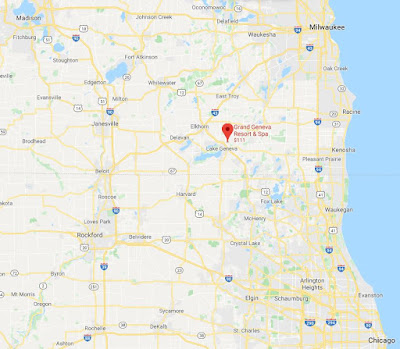 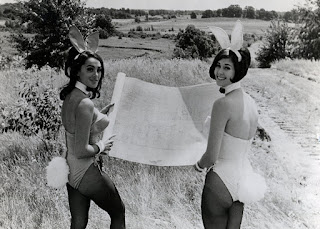 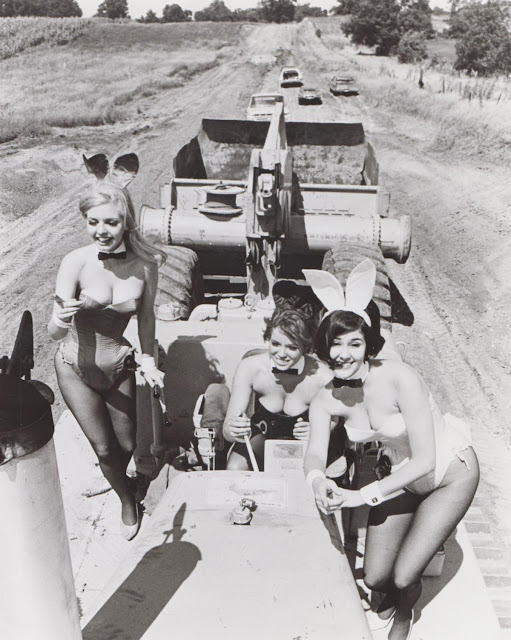 When Steve Magnuson was a student at the University of Wisconsin-Stout in 1979, he and some of his classmates paid a visit to the Playboy Club near Lake Geneva. It was all on the up-and-up, however, said Magnuson, who is now 62. He was at the resort back then in his official capacity as president of his university’s Hotel Sales Management Association student chapter. While there, he toured the property and heard talks by division heads, but he never thought he would one day be running the 1,300-acre operation as the Grand Geneva's Managing Director

He’s been with the resort since Marcus Hotels and Resorts took it over in 1993, except for a seven-year stint in the corporate office when he was in charge of its Milwaukee hotels.

To read a great article on the opening and operation of the Playboy club there, https://www.lakegenevanews.net/news/lake_geneva/playboy-arrived-with-a-bang-years-ago-this-month/article_0a3ffd5c-0bf4-53b3-95b3-8d25071e19e2.html

After 13 years of high times and success, the Lake Geneva Playboy Club’s fate was sealed 4,000 miles away in England.

The London Playboy casino was a major money-maker for Playboy Enterprises. But in October 1981, the casino’s license was pulled by the British Gaming Board for alleged rules violations. Loss of the license meant the loss of a major profit center.

As a consequence, Playboy clubs were closed around the world. The Lake Geneva club closed in December 1981.