A moment of silence please, thank you, for this '65 Buick that gave pleasure for over 50 years until the Chistchurch NZ police recklessly ran a red light regardless of endangering the public (effing police, you know?) and destroying this car 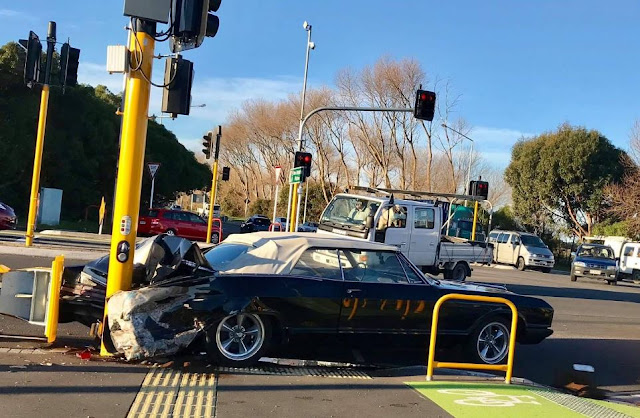 the Buick was heading into town when police sirens were heard, and the police car flew into the intersection of Linwood Ave and Dyers Rd, in Bromley, just before 5pm on Monday, so fast the Buick was unable to avoid being plowed into on the right rear quarter of the convertible.

"I instantly accelerated and swerved as hard as I could to the left as it was quickly clear this was going to be close" the Buick driver said,  "The force was such that it spun me around a few times before slamming backwards into the lamp post at an incredible pace."

"Probably luck in it being left-hand drive otherwise I’m sure I would be more than just sore and heartbroken." 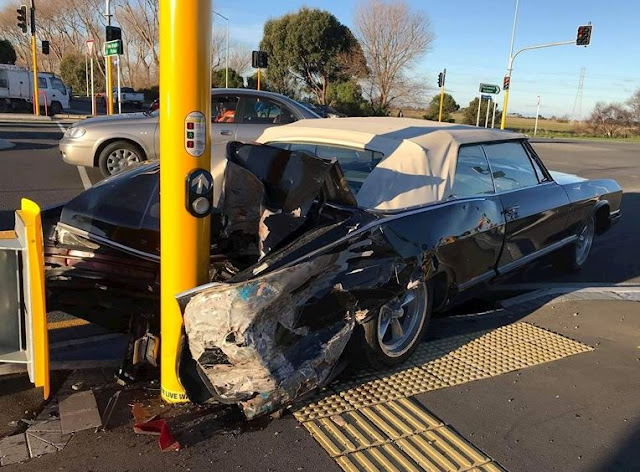 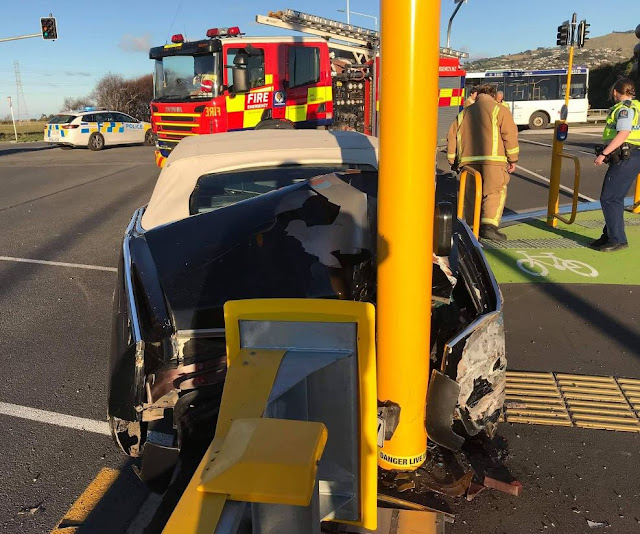 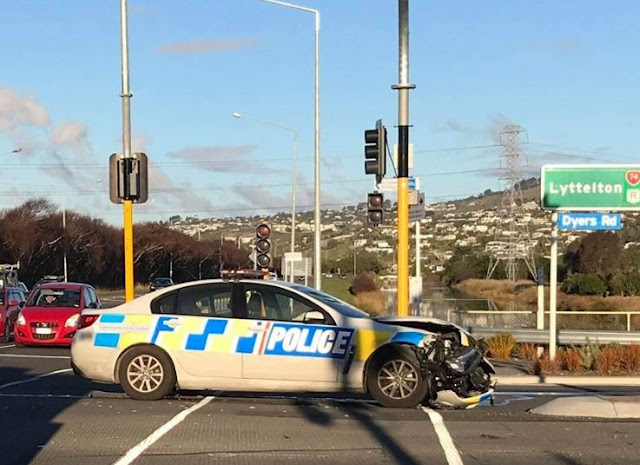 New Zealand police officers were involved in thousands of crashes over the last three years, with at least one police vehicle written off each week.

Yes, they destroy one police car a week, one NEW car a week, why do I emphasize NEW? Well, when you destroy 52 or more cars a year THEY ARE ALL NEW REALLY FAST!

Police were involved in 4,132 crashes recorded, 62 per cent of which the police officer driving the vehicle was found to be at fault, according to information obtained under the Official Information Act

Replacements for vehicles written off between 2016 and 2018 cost police nearly $4.2 million while a further $10.1m was spent on repairs to vehicles which were salvageable.