Union Pacific's 1941 big boy 4014 steam locomotive is better than halfway through it's restoration that started in 2013, and is on track to debut in May 2019 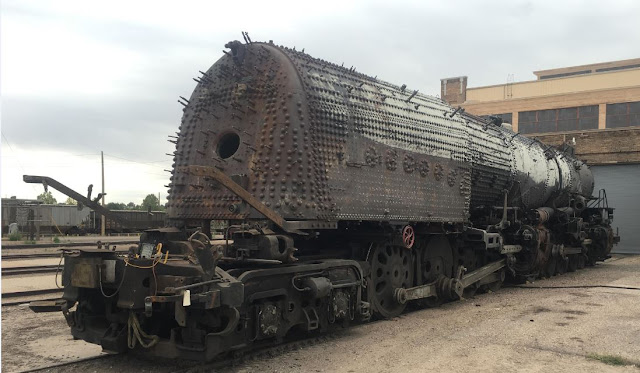 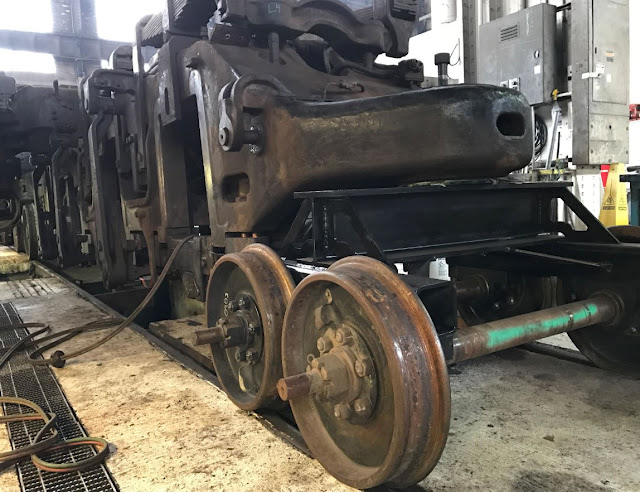 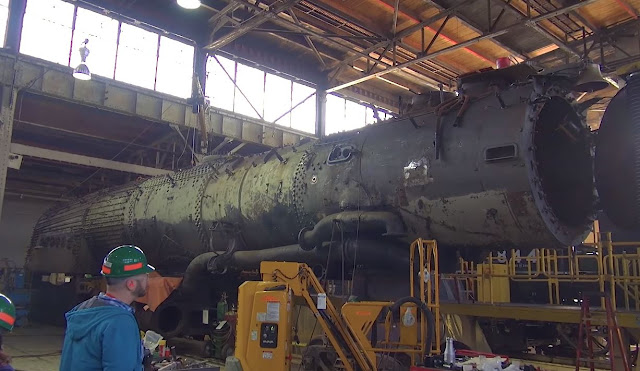 the steam shop crew in Cheyenne, Wyo., plans to lift the boiler and roll out the 4-8-8-4’s trailing truck for inspection and repairs.

With work on the front engine largely done, the steam crew is turning its attention to the rear half of the locomotive, UP Steam Chief Ed Dickens, senior manager of heritage operations, said during his annual presentation at the Rocky Mountain Train Show.

The aim is not just to get the locomotive running in 2019 to commemorate the 150th anniversary of the Golden Spike, but to do the highest quality restoration possible, manufacturing new parts in many cases instead of restoring old parts that could fail on the road.

Piping under the boiler that is inaccessible when the engine is complete is being replaced, he said.

To make its 2019 target, the shop has also outsourced work, turning to Pennsylvania's Strasburg Rail Road for driver tire and pin work and minor use of a shop in Denver.

There’s also been work on the highly visible front end with work on the pilot and air pump shields.

UP began its quest to restore No. 4014 in 2013 when the railroad reached an agreement with Rail Giants Museum in Los Angeles to retrieve the locomotive. No. 4014 is one of eight preserved Big Boys from a fleet of 25 that operated primarily in Wyoming and Utah between 1941 and 1959. When restored, No. 4014 will be the first of her kind to turn a wheel under her own power in 60 years and the largest operating steam locomotive in the world.